Slovakia, attempting to finish its network of highways and dual carriageways, will get financial support from Brussels. 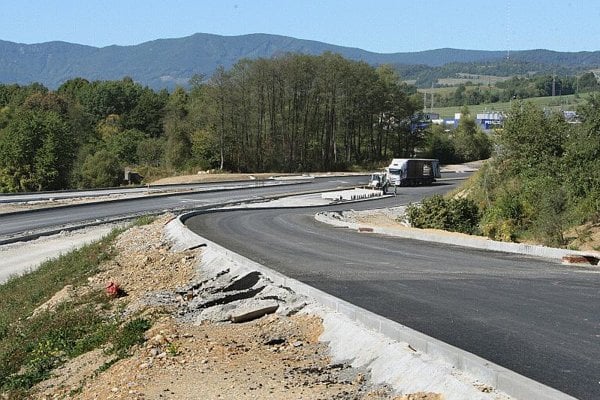 The European Commission (EC) reported on March 8 that it is granting financial assistance worth €147.6 million for constructing the D3-motorway stretch near Zilina. The EC approved the technically challenging project involving the 4.3-kilometre Žilina Strážov-Žilina Brodno section last week, the TASR newswire wrote.

This project is part of the Žilina bypass and part of a transport link between the D1 motorway and Poland. The Commission views the project in European terms, pointing out that it will interlink the transport infrastructures of Poland, the Czech Republic, Austria and Hungary. The EC believes that it will result in improvements in the traffic situation and quality of life while reducing the accident rate.

“Smooth connections across the EU keep local economies competitive and bring specific positive changes in people’s everyday lives,” Commissioner for Regional Policy Corina Cretu said, as quoted by TASR. “The construction of this D3 section will be significantly reflected in the development of the city of Žilina and of the whole region.”

Practically the entire route of the Žilina Strážov-Žilina Brodno D3-motorway section will involve bridges or a tunnel. The beginning of the section will be directly connected to the Hričovské Podhradie-Žilina Strážov D3 stretch. It should open in October 2017.