A total of 13 drug dealers were charged in the Trenčín and Žilina regions. 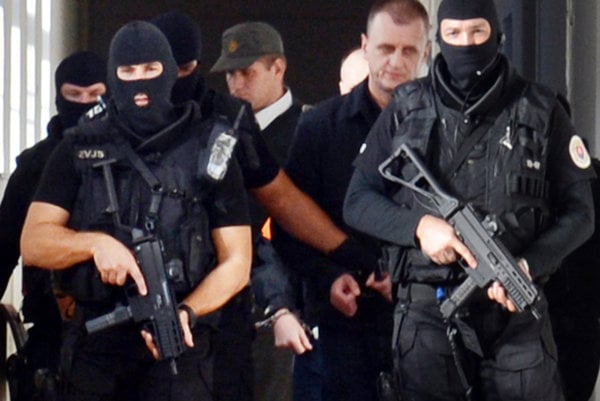 The investigator of the National Criminal Agency (NAKA) charged a drug dealing gang with founding, conspiring and supporting a criminal gang, as well as with illegal production of drugs, toxic matters and their possession and trafficking.

Members of the gang called “Twins” used threats, gross pressure, and blackmailing to implement their influence, head of NAKA Peter Hraško informed the SITA newswire on March 8. The gang was led by two brothers, according to Hraško.

Almost 2000 police officers made an operation called TWIX on March 6 and 7 against the gang, seizing heroin (about 270 doses), metamphetamine (20 doses) and marijuana (about 900 doses) in a raid. In the operation involving almost 200 police officers, arms and cartridges were also seized.

The gang probably earned up to €100,000 a week, the aktuality.sk website wrote.

Three gang members had already been sentenced in the past, while two are women. All 13 members are Slovak nationals, aged between 20 and 46. The Specialised Court shall decide on custody for the suspects in the upcoming days. If convicted, they face sentences between 20 and 25 years in prison, SITA cited Hraško.