Parliament to consider proposed reform of the regulator later in March. 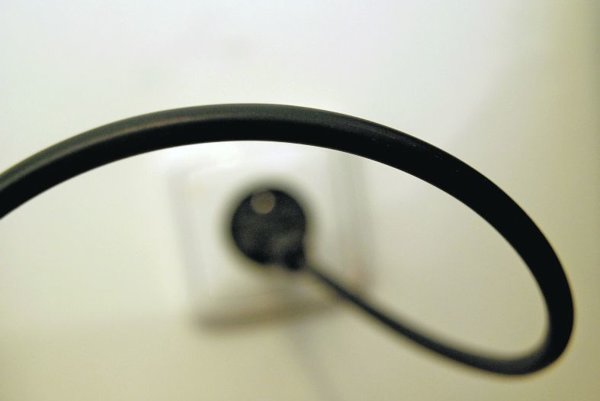 As instructed by Prime Minister Robert Fico, the Regulatory Office for Network Industries (ÚRSO) has set back electricity prices to 2016 levels. The old-new prices are effective retrospectively from the beginning of 2017.

In January, Fico responded to a steep increase in utility prices by ordering ÚRSO – which is notionally independent of government – to return prices to those that had applied in 2016. In the storm of criticism that ensued, ÚRSO head Jozef Holjenčík resigned from his post.

Now, electricity distributors are sending new invoices to their clients. While they have recommended that customers pay the original, higher-priced, invoices, they have promised not to cut off those who do not or impose late-payment fines.

Nevertheless, they complain that the chaos in electricity prices has resulted in a spike in non-payment. Michal Hudec, the head of the Association of Electricity Suppliers said that after Fico tore up invoices for supply of electricity in a live broadcast, electricity consumers not only stopped paying bills for January and February but also failed to make settlement payments for electricity consumed in 2016, i. e. bills that were not even affected by the changes.

ÚRSO has also reversed price changes for natural gas and water supplies. In the case of the latter, it cancelled the division of the final price. Fixed monthly fees were also cancelled. As a consequence, people should pay less for water.

After Holjenčík resigned from his post on February 8, the names of several possible candidates emerged. Ľubomír Jahnátek (Smer), a former minister of economy and agriculture, was mentioned first as a possible candidate, but his response was negative.

Later, the name of ex-spy chief Ján Valko emerged. However, some cast doubt on his competence, as his only previous experience in the utilities sector was at the helm of the Nuclear and Decommissioning Company (JAVYS) between 2007 and 2011. He then served as the director of the SIS intelligence service for four years. He resigned from that post last July.

Valko does not therefore meet the statutory requirements for being appointed to the post. The law requires at least 10 years’ experience in network industries or in pricing or policymaking in the energy sector, including five years in a managerial post.

“We agreed upon a significant revision of the law that would adjust the position of the regulatory authority,” Fico said in February.

Apart from separating the two positions, the Economy Ministry will propose measures to secure better information about the activities of ÚRSO for the cabinet.

Economy Minister Peter Žiga indicated in early March that performance criteria for the head of ÚRSO might change too. As part of this, the requirements for candidates for the job might be reduced.

Based on current legislation, it is the cabinet that proposes a candidate to lead ÚRSO, while the president appoints him or her. This may change too, so that a new head of ÚRSO can be appointed by the cabinet alone, the Pravda daily wrote. Ministers have so far offered no explanation for why they think such a change is necessary.

The next parliamentary session will start on March 21 and it is not clear whether the Economy Ministry will be able to prepare a draft revision to the law on the regulatory authority by then.

Nevertheless, MPs will have at least one proposed revision to consider, which was already submitted to parliament by Karol Galek and Jana Kiššová, deputies for the opposition party Freedom and Solidarity (SaS). The main aim of their draft bill is to change the position of ÚRSO as a whole, to secure greater transparency in the regulation of utility prices, and to separate the positions of chief of regulator and the head of the regulatory council, among others.

Now they are calling for a wider discussion about the operation of the regulator.

“During this time when the new heading of ÚRSO is being discussed, we are turning to the government to push for a strengthening of its independence and transparency, and a systemic approach to regulating the energy market in Slovakia,” said Tomáš Malatinský, president of the Federation of Employers’ Associations (AZZZ), as quoted by the TASR newswire.

They claim that regulatory policy has to respect the principle of equality of stakeholders, and the rule of protection from unpredictable, excessive and frequent legislative changes that destabilise the commercial environment.

The so-called tariff for operation of the system, part of final electricity prices, is one of the fees most often criticised by energy experts. In Slovakia, electricity consumers support the generation of green energy, as well as loss-making production of electricity from local brown coal, via this tariff. It is set by ÚRSO and has increased significantly over the last few years, up from about €5 MWh in 2005 to current €26.2030 MWh.

The Economy Ministry has promised to deal with the tariff by the end of this year.