The town of Moldava nad Bodvou in eastern Slovakia was originally not called Moldava. 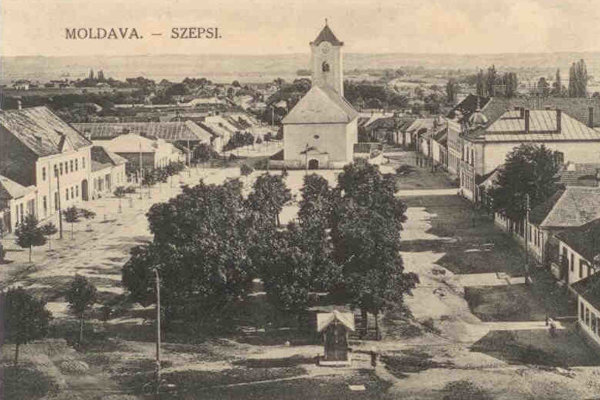 On its site, the settlement was called Szekeres in the Middle Ages – meaning Vozokany Slovak. “Voz” means a carriage or a wagon, so it is clear that locals made wagons and later maybe even coaches; after German colonists moved here they renamed the village Moldava. The local river, Bodva in Slovak, was called the same name – the name probably changed because they weren’t able to pronounce “Bodva.”

In the Middle Ages, the nearby city of Košice helped Moldava in a roundabout way: it increased the toll for incoming merchants. Merchants, to avoid paying the high toll, bypassed the eastern-Slovak metropolis across Moldava. With such traffic, the small town got rich. Underground, an extensive system of cellars was gradually built, in which fruit and wine especially were stored.

However, the second commodity that made Moldava rich was made in Moldava itself. Thanks to this, and also thanks to local native Máté Szepsi Laczkó, the town ultimately rose to fame.

Historian and poet Laczkó made his living for some time wine-making at local manor where he made a special achievement in 1630. Due to specific conditions, he managed to make the first Tokaj free-run wine, and thus established the glorious tradition of Tokaj wine production.

In this postcard from 1929, we see the neat square of the town with the church.