Bratislava protesters were ahead of extremists

Anti-fascist activists were quicker this year than nationalists and extremists with their street march in Bratislava. 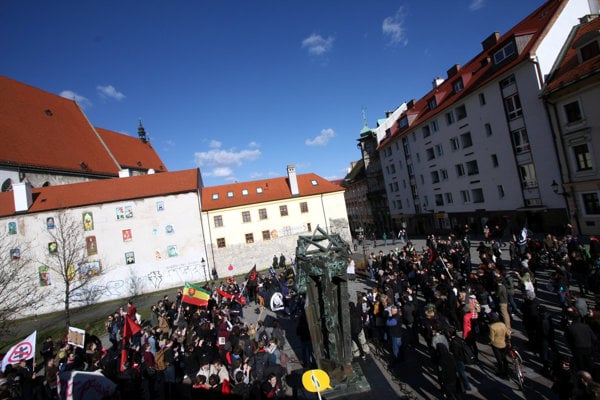 It has become a tradition that on the weekend before the anniversary of the wartime Slovak State – March 14 – extremists organise commemorative marches to the Martinský Cemetery in Bratislava to the symbolic grave of Jozef Tiso, the Sme daily wrote on March 13.

78 years later, fascism must still be fought against

“When we learned at secondary school about fascism, I could not imagine fighting it one day, that in my country, a debate on how to stop fascism will take place,” lecturer of the Academy of Fine Arts (VŠVU) in Bratislava, Michaela Pašteková said, stressing that she cannot understand that still in 2017, people will flock to the streets with the goal of resisting fascism. “Unfortunately, this is our reality, and in it, it is crucial to remember the past and the impacts that fascism brought – also to us. Let us not forget, nor twist the facts or rely on others to make it for us,” Paštéková said, as quoted by the SITA newswire.

After addresses by activists, the crowd marched to the Holocaust Memorial near the SNP Bridge in the capital. Before the march ended, organisers warned people that “standard parties are shifting to the right”, Sme wrote. 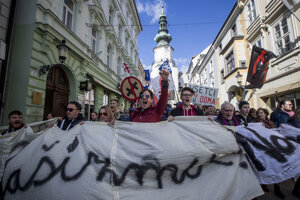 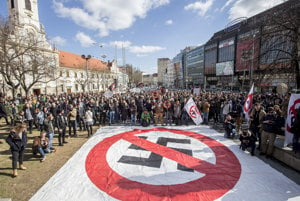 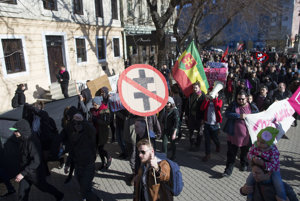 More than 1,000 people gathered at the SNP Square meeting, SITA wrote; most of them young people but also families with children or seniors.

The march was organised by the Bratislava bez Náckov / Bratislava without Nazis initiative. "The anti-fascist mobilisation is not just an effort to boost historical memory in our society,” Robo Mihály of the initiative said, as cited by SITA. “It is mainly a public expression of a clear anti-fascist stance.”