The measures follow the reports of a Serbian reporter who anonymously employed himself in Galanta-based Samsung. 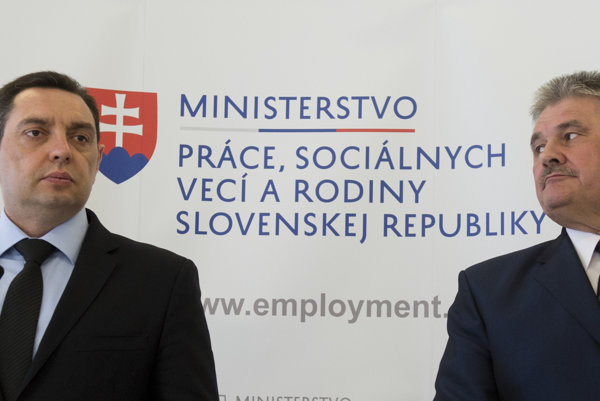 Slovakia and Serbia should engage in a more intense exchange of information on labour, as it has emerged that a number of Serbians were brought to work in Slovakia by certain staff leasing agencies that eventually deceived them.

This is how Slovak Labour Minister Ján Richter (Smer) commented on the results of the meeting with his Serbian counterpart Aleksandar Vulin.

“We concluded in our talks that there’s a need to adopt a new document or at least expand the [existing] memorandum in order to clearly define the course of action, responsibility, communication and mutual information exchange on workers sent to Slovak and Serbian nationals working in Slovakia based on labour permits released for citizens of so-called third countries,” said Richter, as quoted by the TASR newswire. 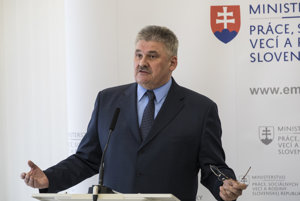 It seems that especially staff leasing agencies are engaged in shady practices concerning labour from Serbia, he added.

“Some of the agencies not only bypass the law, but they often also forge documents related to the employment of Serbian nationals in Slovakia,” said Richter, as quoted by TASR, adding that he has also decided to discuss the issue with authorities in the Czech Republic and Hungary.

Several agencies are attempting to circumvent legislation in Slovakia by setting up branches in Hungary, the Czech Republic, Serbia and Romania in order to mediate workers to be sent to Slovakia, the Slovak minister continued.

The Slovak ministry began paying more attention to companies with foreign staff in the wake of a recent report of a Serbian journalist who worked incognito for three months in allegedly dire conditions at the Samsung plant in Galanta (Trnava Region). Dragan Krsnik from the weekly magazine Nedeljnik in his story published in February claimed that he worked at Samsung in Galanta without a proper working permit, in what he called slave-like conditions and for woeful wages.

Around 6,000 Serbian nationals officially work in Slovakia at the moment, most of them via staff leasing agencies.

“We found out – and this was also confirmed by Hungarian authorities – that several Serbian nationals working in Slovakia were deceived and were staying here illegally, although they themselves didn't know that,” said Richter, as quoted by TASR.

An agency called Largo Slovakia with branches in Hungary and Serbia was heavily involved in such moves, he noted.

“This agency arranged the arrival of at least 680 workers to Slovakia, mainly for Samsung, with all their documents being forged in Hungary, according to our information,” said Richter, as quoted by TASR, adding that this included social insurance documents, labour contracts and working permits in the EU.

At the same time these people did not have any social insurance in either Slovakia or Hungary. A random inspection by the Labour Ministry even found that out of 1,000 people working on one shift at Samsung, as many as 570 were from Serbia.

The Serbian minister, for his part, said that his government would like to see Serbians working in their country, but conceded that everyone has the right to go work abroad.

“Illegal work can’t be entirely uprooted, but it’s possible to reduce it, and this is what we’re currently working on,” Vulin said, as quoted by TASR.