A Slovak doctor won the Yukon Arctic Ultra and created a new record. 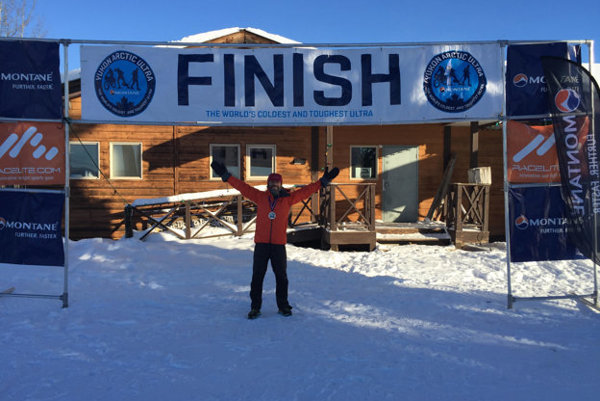 Ján Kriška, a Slovak doctor, ran almost 483 kilometres in freezing weather in 117 hours. He built up his winning strategy sleeping only at official stations, about 100 kilometres apart from each other. With small breaks, he ran 28 hours after which he would have a longer sleep before continuing, wrote the Sme daily.

“Sometimes I felt like DiCaprio in the Revenant movie. With one difference – I was not attacked by a grizzly. They sleep in February, fortunately,” Kriška joked several days after the race, as quoted by the Sme daily.

Organizers of the Yukon Arctic Ultra talk about the race as the most difficult and coldest race in the world. The temperatures in the Yukon river valley are about -50 Celsius degrees in February. Water sometimes freezes in vacuum bottles and dried food turns to stone.

Mandatory conditions to join the Yukon Arctic Ultra are to have experience from another ultramarathon, rock climbing training and excellent physical condition confirmed by a doctor. In some cases, it is necessary to manage a 3-day survival course. Absolutely necessary is health insurance covering transportation to the hospital by helicopter.

Every racer drags a special sleigh with sleeping bag, food, gas cooker, medicine and clothes. He carries also a GPS and organizers watch his movement on a screen in real time. When a racer stops moving and does not send an electronic signal that he is resting, a patrol on snowmobiles goes after him.

Ján Kriška has lived in Mount Airy in North Carolina with his wife since 1994, where he works as a doctor. He plans to attend Arctic Ultra from now on, as he said that he finally found a discipline he is good at.