Protection of whistle-blowers may soon be one prevention tool. 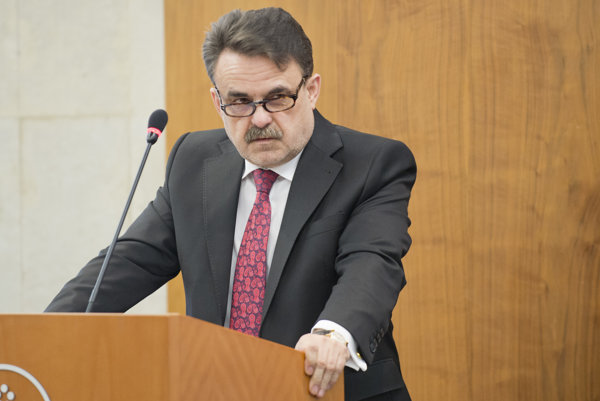 There is corruption in top political levels, according to the General Prosecutor, Jaromír Čižnár.

“Let’s not pretend that corruption does not exist in the highest places,” Čižnár said at the seminar focused on increasing legal awareness in the prevention and fight against corruption held on March 14, as quoted by the SITA newswire.

Corruption was, is and will be there, he added, expressing the hope that “we will not only talk about it but also fight it”.

“Corruption is a cancer of society,” Čižnár said, as quoted by SITA, adding that it threatens the rule of law, democracy and moral values in society.

Earlier this year, however, Interior Minister Robert Kaliňák (Smer) claimed that Slovakia will not see the investigation of corruption among the highest political circles in 2017, as this socially undesirable phenomenon does not exist among political leaders.

However, the ministry later said he was misquoted by the media and his words were taken out of context.

The fight against corruption became more intensive after 2005, when the penal codes were re-codified. Until then, its results were nearly zero, Čižnár added.

The prosecutor’s office is prevented from investigating corruption mostly by the fact that when someone reports it, he/she later withdraws the report after finding out that they can also be prosecuted.

“Because they have to report it voluntarily and in due time,” Čižnár said, as quoted by SITA.

He mentioned several examples where people have come to report a three-year-old case but there was a possibility that they too could also face prosecution. At that moment they forget about reporting the case and then are criticised for doing nothing.

To be successful in fighting corruption, Čižnár says it is necessary that the criminal prosecution authorities know about it at the time it takes place, and not ex post as evidence may be missing, reported SITA.

The general prosecutor also claimed he does not support financial benefits for whistleblowers.

Prime Minister Robert Fico, who was also present at the seminar, promised to prepare an amendment to the law on protecting whistleblowers that should motivate them to report corruption, the TASR newswire wrote.