Tracing the brooks and springs of Bratislava

There are three Vydricas, so-called water dráhy and springs with legends surrounding them. 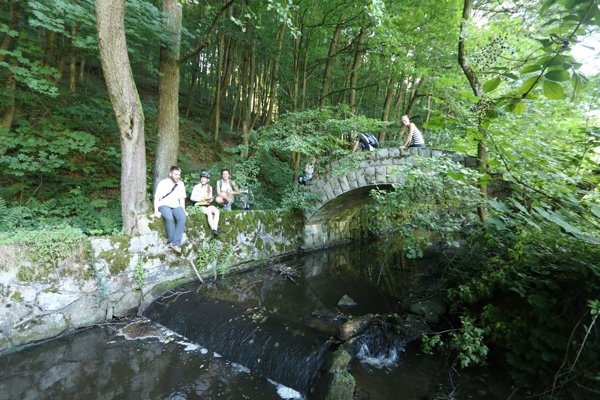 The Danube River is not the only waterway that Bratislava can be proud of. Others are smaller, but there is no lack of nice water nooks. These include the Vydrica brook or the many springs, apart from the most popular – Železná Studnička. But in the hills surrounding Bratislava there are also brooks, rivulets or springs with much more mysterious names: the Hatinová dráha, the Himligárka well spring or the Bloody Spring.

The locality of Bratislava is exceptional also because its territory is divided between three river catchment areas – that of the Morava River on the west side of the city, the Danube River in the centre and in the south and the Váh River on the eastern side. The latter is because the Small Danube (the Malý Dunaj River) is not perceived as a branch of the Danube, but as an independent water course flowing into the Váh. Because of this it becomes part of the Váh’s catchment area immediately after it splits from the Danube near Vlčie Hrdlo in Bratislava.

Švihran has been exploring brooks, rivulets and springs and their historical names for the past two years.

So far, he has identified about 105 brooks and 70 springs.

A little-known fact is that in Bratislava, as many as three water courses are called Vydrica – Vydrica also known as Great or Big Vydrica, and brooks Small (Malá) Vydrica and Dry (Suchá) Vydrica.

The best known is the former. It is the longest waterway in Bratislava that is not a river. It springs above Svätý Jur near the area known as Biely Kríž, the White Cross, and flows 20 kilometers through the Small Carpathian mountains.

It is also one of the oldest mentioned in historical accounts. The first mention, under the name Widrycha, dates back to 1244.

Similarly to the names of other waterways, also the name Vydrica changed in the past depending on what language was spoken in the given area. Thus, at one time it went by the name of Weidritz or Vӧdric. But while people of the Záhorie region behind the Small Carpathians knew this brook by the name Vydrica, those living on its left bank called it Bajzdrica.

“Only in the 1980s was it definitively decided that it would be called Vydrica,” said Švihran.

In his opinion the difference in names may have resulted from the border which this brook created between two distinctive dialects that, in the past, did not often come into contact.

Vydrica used to be the best-known waterway in Bratislava and was widely used for economic purposes. It powered nine mills, of which five, at least parts of them, still remain – from the fifth up to the ninth mill.

There are also four ponds on Vydrica.

“Originally they were built as water reservoirs to secure water for the mills during times of drought,” said Švihran.

Later, when the mills went bankrupt, the ponds started to be used for recreational purposes, especially for boating. At that time the entire area turned into a popular recreational resort for citizens of Bratislava and its vicinity. 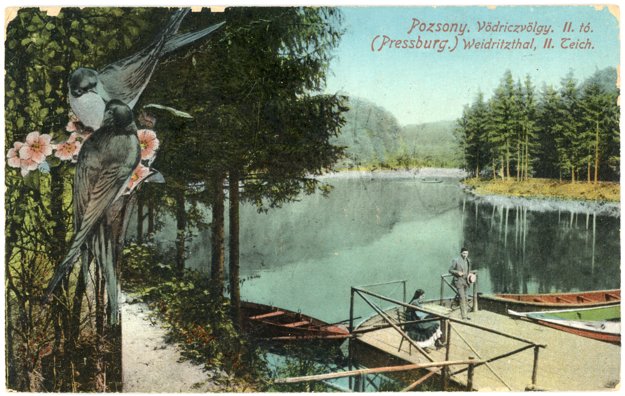 “Very important was the year of 1898 when what is today the Cesta Mládeže, the former Pálffyho road, was built,” said Švihran. It connected the spa near Železná Studnička with the city. 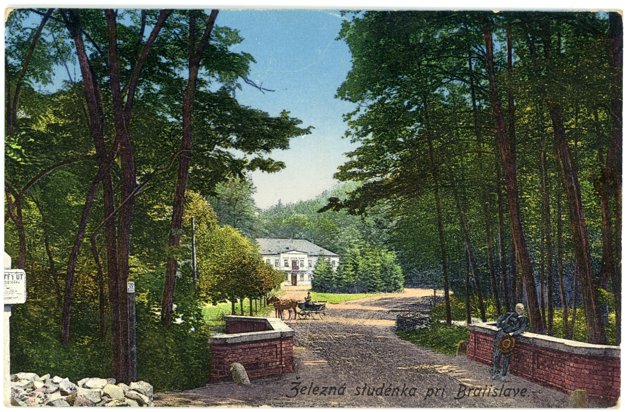 “We traditionally call the longest tributary of a river in Slovakia by the diminutive of the given river, for example, the Nitrica is a tributary of the Nitra River. This is also the case of the Small Vydrica,” said Švihran.

The Small Vydrica springs under the Hrubý Vrch mountain and is about five kilometres long. It flows into Vydrica under a chapel at Železná Studnička. 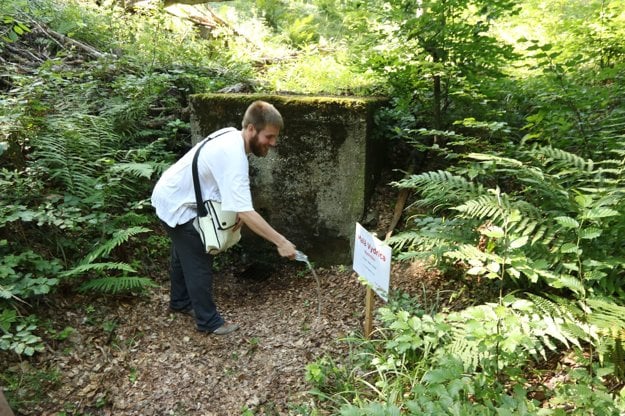 The Dry Vydrica, which is about four kilometres long, is not directly linked with Vydrica. It only flows in parallel with it.

“It is the watercourse in Bratislava with the oldest mention, when we omit the Danube and the Morava,” said Švihran. “We can find it in historical documents from 1226 under the name Siccum Weydrich.”

The Dry Vydrica, as its name already indicates was not as rich in water as Vydrica. There was only one mill on it. Over the centuries its name was often changed and was called Karloveský or Dúbravský brook. Today, its official name is Čierny Potok (Black Brook).

The most famous well in Bratislava is certainly Železná Studnička (Iron Spring). Originally, it was only a spring at the confluence of Vydrica and Small Vydrica.

But when an analysis of its reddish water showed that it is curative, the city decided to build a spa there. The spa building was completed in 1830. But in 1857 it was discovered that the water had lost its iron content and was no longer curative. Afterwards, the spa turned into hotel; but later, the area gradually deteriorated and the hotel was demolished in 1970. 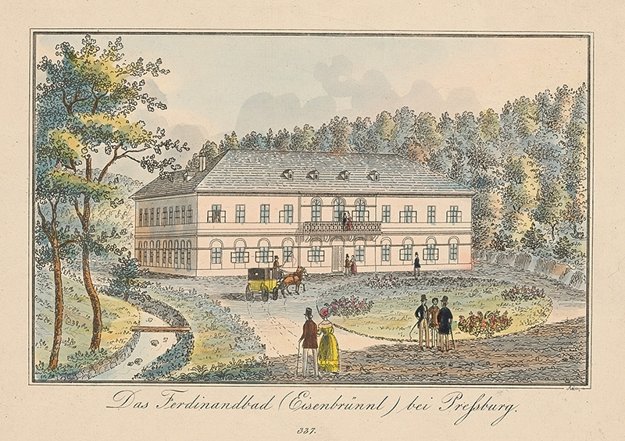 Even in 1940 the cement well of Železná Studnička was functional. Today the cement spring still stands, but it is dry as the water from it was diverted. Just next to it, the bus Nr 43 of the city's public transport turns. 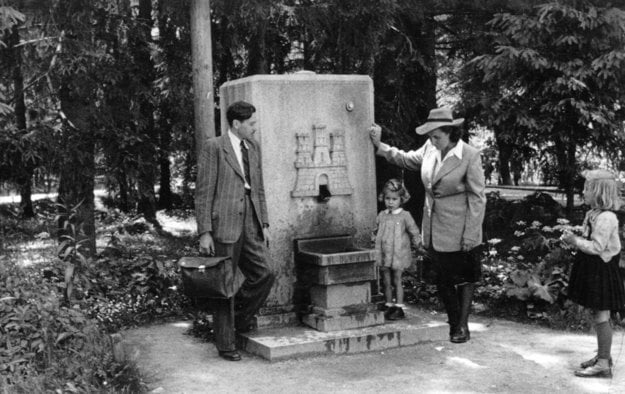 Železná Studnička is not the only spring in Bratislava. There are many others, some of which are accompanied by legends.

One of them is the White Spring (Biela Studnička) in Devín’s Carpathians. It has been known since the Middle Ages.

“One of the oldest legends says that Czech soldiers of Ottokar II survived thanks to this rich spring when they were hiding by the Devínska Kobyla hill after losing the battle at Marchfeld in 1278,” said Švihran.

Another legend is connected with the Krvavá Studnička (Bloody Spring) near Calvary. 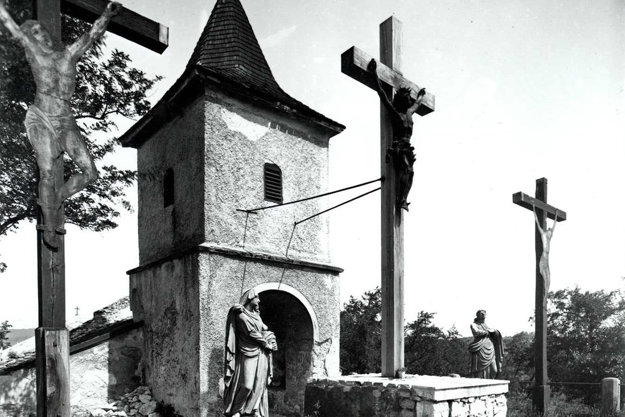 “There used to stand here a hermitage in which two monks lived – Blažej and Hieronym,” Švihran cited from the legend. “On March 17, 1758 a group of robbers attacked them and beat them to death. They thought that they would find some precious devotional items, but they were wrong.”

People found the beaten monks at the spring located below the hermitage.

“The legend says that each year, two days before the name day of Jozef, i.e. March 17, the water in the spring turns into the blood,” said Švihran. During one of his guided tours he found out that the spring still exists, but it is dry. Therefore, it is not possible to check whether this legend is true or not. 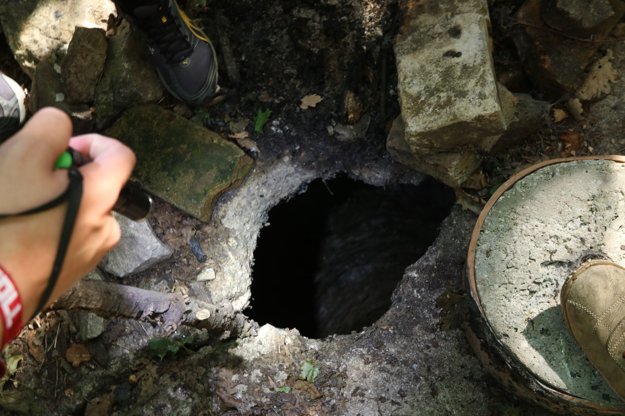 Naming these brooks dráha may be linked with the Croatians who used to live here.

“In Croatia dráha means a deep valley or a gorge,” said Švihran. Thus, in his opinion this word took on the meaning of a watercourse and simultaneously a deep valley in this area.

But there are also names for which Švihran has failed to find an explanation for. This includes, for example, the spring with a euphonious name, Himligárka. 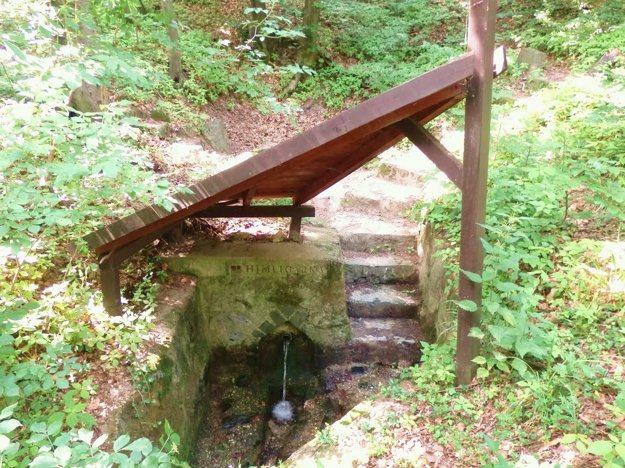 “It comes from German, but I haven't found anything else so far,” said Švihran. 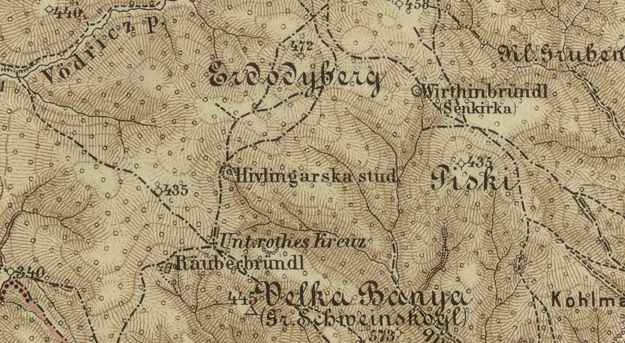 The historical inscription of the Himligárka spring at an old map. (Source: Archive by Ivor Švihran)

Typing errors on historical maps have also caused some brooks to be called different names. During his studies, Švihran found that the brook Dluha Sáha (Long Fathom) due to a typing error began to appear on newer maps Dluha Sala (Long Hall).

The names of two brooks springing in Bratislava and flowing towards Marianka have an even more interesting history. Originally, the longer one was called Grmolinský brook. When, in 1960 the names of waterways were standardised, its name was changed to Drmolez, while the shorter one took over the name Grmolincký. Why this happened Švihran has failed to discover so far.