The recordings for foreign language secondary school final exams taking place this week were leaked; ministry says they are unable to prevent it. 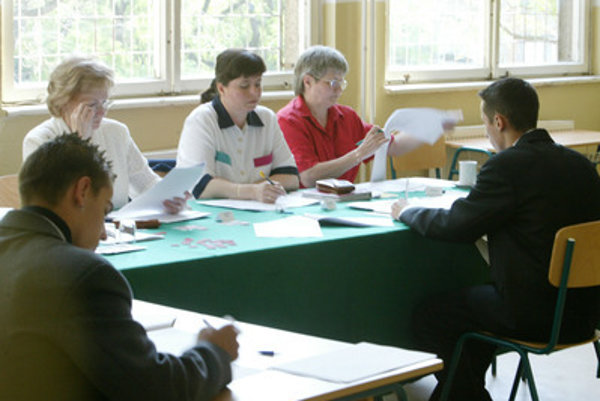 Students at Slovakia’s secondary schools who are taking final exams to graduate between March 13 and 17 were able to get some parts of foreign language tests on the internet, the Sme daily wrote on March 16.

It was possible to download audio recordings necessary for the part of the tests called “Listening and Understanding” in early morning of March 14 from the Education Ministry’s data centre. Recordings are published on the internet in case the hard disks at schools fail.

A young person who graduated last year - who wishes to stay anonymous but gave his full name to Sme – managed to get to the source code of the National Institute of Certified Measuring in Education (NÚCEM) website. By manually changing the internet address, he found the audio-recordings which students listened to on March 15 within their final exams.

The ministry insists, as cited by Sme, that another technical solution simply does not exist.