Cibulková will place fourth in WTA, breaking the Slovak record of Mečíř

Slovak tennis player Dominika Cibulková broke the national record of Miloslav Mečíř, after 29 years, when she will place fourth in the world ranking in singles on March 20. 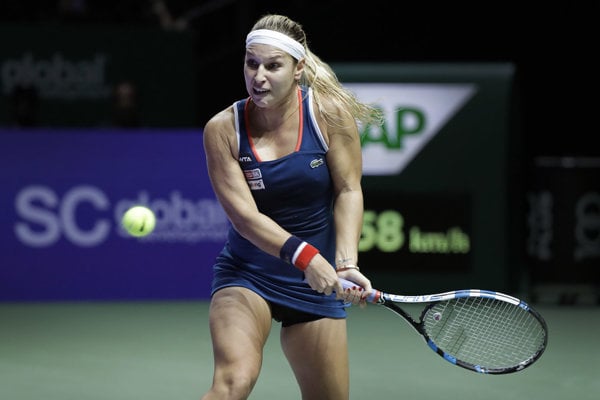 Dominika Cibulková's ranking comes after the loss on March 15 to Spanish Garbine Muguruza-Blanco and Czech Karolína Plíšková 6:7 (2), 6:7 (5) in the quarter-finals of the singles competition of the WTA tournament in Indian Wells, California.

Cibulková, despite losing to Russian Anastasia Pavlyuchenkova on March 14 on the fourth round of the 1/8 finals, ranks fourth after the calculation and re-evaluation.

Cibulková was in the TOP 5 group for the first time after she won the WTA Finals in Singapore on October 31, 2016 at the end of last season.

The previously best-ranking Slovak tennis player, Mečíř, became No. 4 on the ATP ranking on February 22, 1988.

Among Slovak female tennis players, these ranked best in the WTA singles’ chart: