There is corruption in the highest places after all, general prosecutor admits. 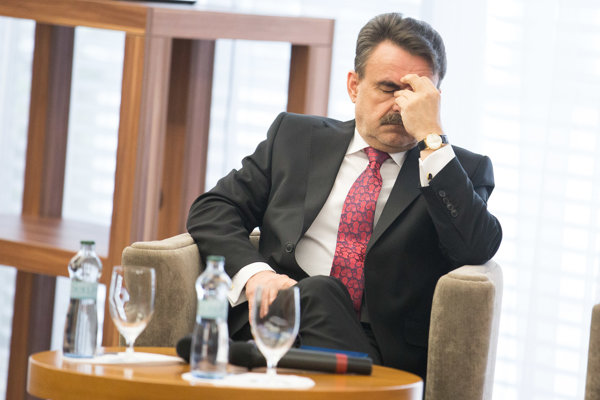 “Let us not pretend that there is no corruption in the highest places. It is there. It is there, it has been there, and it will be there for a long time,” General Prosecutor Jaromír Čižnár said on March 14, just before he called corruption the cancer of society.

Was that a belated response to the interior minister who, at the beginning of this year, claimed the contrary?

Prime Minister Robert Fico was present in the room when Čižnár made his statement. He listened to his former classmate talk about how corruption harms society and how society is fighting back at it hardest since 2004. 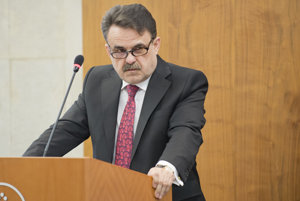 This may be true at a theoretical level (Čižnár was referring to changes to the Criminal Code in 2005), but there would be little to show for it if the general prosecutor had to prove his statement to a random person in the street. Has a high-ranking politician ever been prosecuted and convicted for corruption? Have the suspicions linked to the Bašternák case, which now reach the proverbial “highest places”, been disproven by means of thorough investigation? And what of the Gorilla file?

These are only the most obvious examples that most people would be able to name off the top of their head were someone to try to persuade them that the authorities are fighting against corruption in the highest places.

Slovakia, not unlike other post-communist countries, is still trying to cope with the legacy of the communist-era style of bribery, and corrupt post-communist privatisation practices. While the perception of corruption is high (Slovakia ranked 54th in the Corruption Perceptions Index 2016, the seventh worst in the EU) it is also true that Slovaks are generally ready to overlook petty bribery – “so that my surgery goes well”, “so that my application is handled quickly” – or even directly participate in it, on either side of the transaction.

“They must fear. They must know I will pressure all the bodies, like the intelligence services, to collect information about corruption more intensively, in line with the law. They must know that the probability of corruption being uncovered in the state administration is high,” Fico said during the seminar in which he and Čižnár participated.

He does not want the opposition to make this their one and only topic, he said. It might be too late for that, for it is now not just the mainstream opposition parties who harp on about Bašternák or the Gorilla file. There are other players in high politics now, pretty far from the mainstream in their statements and their plans, and corruption is their number one topic too. And it is working out well for them, thank you very much. 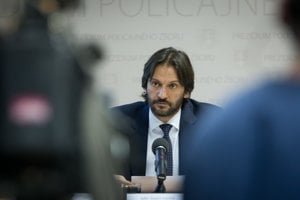 Fico now suggests he is going to go out of his way to prevent corruption from happening in Slovakia. People will be put to work at the Government Office, and he will cooperate with anti-corruption watchdogs that he has, until now, strongly criticised.

Whether this is mere populism or Fico has had an epiphany and his intentions are sincere, matters very little. There has been too much empty talk from past governments – and from this one. Voters are no longer willing to listen, let alone believe it, as long as the atmosphere in the highest places still allows Mr Bašternák to sleep well at night. Because words cannot cure cancer; only timely intervention and targeted treatment can.