Kiska: Slovakia is doing almost nothing against hybrid threats 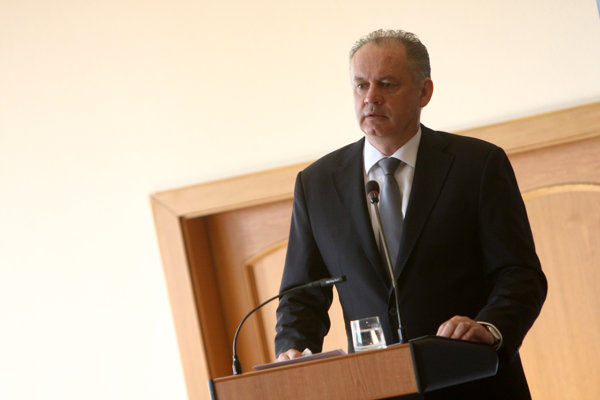 The fight against hybrid threats, the Slovak presidency of the EU Council, strategic communication about European problems, development aid, the Visegrad group and democratic values were the main topics of president Andrej Kiska’s speech at the 17th Annual Conference on Slovakia's Foreign and European Policy.

The President admits that consensus about Slovak foreign policy is not complete.

Slovakia has an officially pro-European and pro-NATO government but in parliament there are too many deputies with lukewarm or alternative relationships to our priorities. Confusing signals even come from from the government itself, according to Kiska.

“The EU and NATO cannot become victims of any political interests or ambitions,” said Kiska, as quoted by the SITA newswire.

Kiska used as an example, the sanctions against Russia, which Slovakia supports but at the same time is questioning. It is impossible not to respond to such an attitude, according to Kiska.

The head of state also said that the fact that politicians speak different things in Bratislava and Brussels does not contribute to trustworthiness.

“The schizophrenia at home and abroad questions and weakens our policy,” said Kiska as quoted by SITA. We have to keep our priorities and precisely form our interests and goals and communicate them consistently outside as well as inside the country, according to the president.

In his speech Kiska also focused on the hybrid war which uses social media and half-truths and aims at people's weakest point – the inability to protect their values.

“The info-war is one of the serious threats to Slovakia, and unfortunately, the state bodies are doing almost nothing,” he said, reported by SITA. "We are the target which is not fighting back," he added. This behaviour is irresponsible and the V4 neighbours are doing more about this, according to him.

These aspects should also reflect the security strategy which Slovakia is updating now.

“I expect a strong political document and not an indefinite administrative one; a document where we don’t trivialise anything but show the truth and whether the political power and braveness is within us,” the president added as quoted by SITA. Slovakia not fulfilling its obligations with its security policy .

“It’s essential to prove that we care about common defence as much as our allies do,” stated the president, as reported by SITA.

The Visegrad group is a useful institution and our first choice when searching for allies, Kiska thinks, but on the other hand people should not get lost in the issues in which they have no interest. 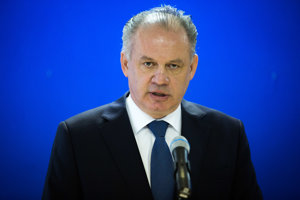 When talking about a multi-speed EU, Kiska agrees with the government that Slovakia should be at the core but he would be glad if Slovakia could more comprehensibly participate in the debate on what that core should look like.