Ex-policeman: Raids at Bašternák were suspicious

Former senior police officer points at suspicious actions of the police during raids of firms belonging to businessman Ladislav Bašternák who rose to fame because of his high-profile political connections. 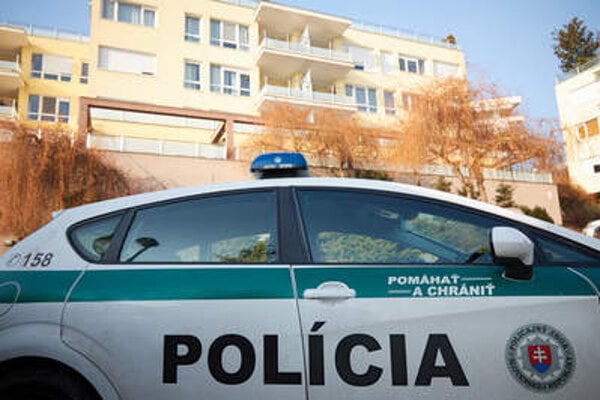 On February 14, police made another raid at a company of Ladislav Bašternák, in Tipého Street. (Source: SITA)
Font size:A-|A+

Jozef Lutter, who was the deputy-director of the National Unit of the Financial Police of National Criminal Agency (NAKA) in its Bratislava office at the time of the Bašternák raids, filed a criminal motion with the General Prosecutor’s Office in January. In it, he says that the police officers were first called off from the businessman’s company. which is also controlled by Marek Turčan, a crony and business partner of Interior Minister Robert Kaliňák.

Later, Kaliňák personally might have intervened, Lutter opined for the Denník N daily. Lutter's testimony has not yet been heard.

The raid on June 29, 2016 was carried out at Bašternák’s house and at his companies registered on Tupého Street in Bratislava, and the media was informed.

Another raid was to be made at another one of his firms, Vega Plus, registered at Karadžičova 10, aimed at his accounting books. But when police arrived there in the morning, the National Criminal Agency (NAKA) officer who was in charge was called off and told not to do any search, Denník N wrote on March 20.

Apart from Bašternák, other partners in Vega Plus are Jozef Deák and Marek Turčan. Lawyer Turčan is a business partner of Kaliňák, e.g. in the B. A. Haus company, in which Kaliňák bought a share from Bašternák. In Karadžičova 10, the law agency of Turčan also resides – Metis Legal.

Jozef Lutter described the recalled raid in his criminal complaint: the police offer in charge described the event and reasoned the call-off with a false pretence, that the address in Karadžičova 10 was meant just for post delivery, and thus it made no sense to make a raid there. This was not true, according to Lutter.

The raid was later made on the same day, led by the investigator of the case – but in the afternoon, when the moment of surprise was gone.

In his motion, since January Lutter has been asking the General Prosecutor’s Office to investigate who was the person to recall the morning raid.

He left the police last October and now is a keeper of a stadium in the town of Krupina. He said, as quoted by Denník N, that he is ashamed he did not file the motion immediately but cites his cowardice or loss of trust in prosecution bodies to investigate this misstep.

Lutter added that he filed the complaint after he watched the reaction of minister Kaliňák in January to an interview with former head of the team investigating the Gorilla case, Marek Gajdoš. Kaliňák opined that Gajdoš is already the tenth ex-investigator who says that strange things start happening in politically sensitive cases, but only after they leave the police, and that nobody has filed any official motion yet. Thus, Lutter decided to do so, according to the daily.

Kaliňák, Police President Tibor Gašpar, Bašternák and Turčan were addressed by Denník N for comments but failed to do so by the deadline.