Opposition: No need to move too quickly on amnesties

Extremists from ĽSNS will support the coalition proposal, but talks with other opposition parties continue. 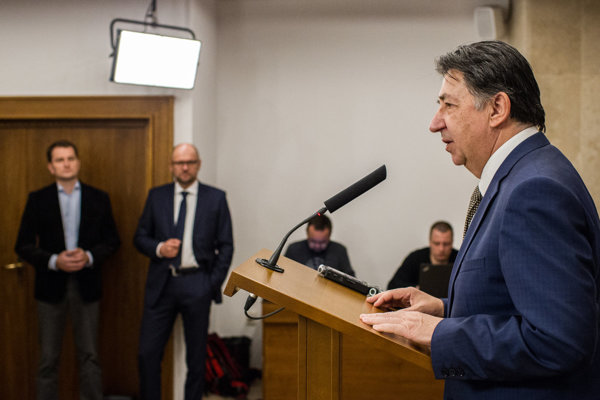 The ruling coalition’s proposal might not mean the end of the Mečiar amnesties after all, say opposition MPs explaining why they are reluctant to support the draft constitutional law as it has been proposed.

The truth is, however, that the ruling coalition led by PM Robert Fico (who has been opposed to cancelling the amnesties so far as a “legal nonsense”) does not need any of the undecided opposition votes anymore in order to pass the law, after the far-right ĽSNS announced they will vote in favour of the coalition proposal.

Parliament is to deal with the coalition proposal at its current session on Tuesday, March 21. The coalition came up with a way to scrap the controversial amnesties granted by former PM Vladimír Mečiar toward the end of his rule in 1997 as acting president . The proposal contains a new constitutional law that will allow MPs to scrap the amnesties but also introduce the requirement for this action to be approved by the constitutional court. To make the change, the votes of 10 opposition MPs will be needed too. But the opposition has already announced many of them are not inclined to raise their hands for the change.

“The talks have not been interrupted, the coalition accepts our arguments and listens to them,” Ordinary People (OĽaNO) MP Ján Budaj said on March 20 as quoted by the Sme daily. Budaj is the one who submitted a proposal to scrap the amnesties directly to parliament, long before the coalition decided to come up with their own. His proposal has got the support of the opposition, but the ruling coalition’s Smer and SNS are not going to vote for it. They claim that parliament is not entitled to do such a thing. 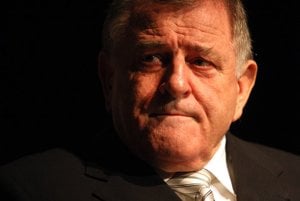 The Opposition mostly does not trust the ruling coalition when they say that they want to scrap the amnesties. They suspect that the progress through the Constitutional Court is an attempt to block the cancellation of the amnesties, and point to the fact that several of the court’s current ten judges were nominated by Mečiar’s HZDS party.

“Nobody should fall for the trap of believing that the ruling coalition is striving to scrap [the amnesties],” the Freedom and Solidarity (SaS) MP Ondrej Dostál said for the Sme daily. His colleague Peter Osuský is also convinced that PM Robert Fico is not sincere in his efforts to scrap the amnesties.

“I am not intending to play the games of those who wasted their chances when all that was needed was to just vote,” Osuský told Sme and suggested he was going to “just vote” for Budaj’s proposal.

A group of seven independent MPs in the parliament pledged to vote in favour of the coalition proposal but only if the coalition agrees to stipulate in the constitutional law that judges of the Constitutional Court who are biased in the matter will be excluded from deciding on approval.

MP Miroslav Beblavý, speaking on behalf of the group of seven MPs on March 20 said that they believe there are at least four judges among the current 10 judges of the Constitutional Court who should be excluded from dealing with the matter of the Mečiar amnesties. This includes Judge Peter Brňák, who was an MP for HZDS at the time when the amnesties were issued. Also the court’s President Ivetta Macejková should not be dealing with amnesties, according to the MPs, because she is “directly obliged to [former president] Ivan Gašparovic for her post”, Beblavý noted. Gašparovic was parliament’s speaker and deputy chair of HZDS at the time when the amnesties were passed.

Macejková in turn refuted the allegations against herself and against the court that she leads, and pointed to the fact that the court has worked in its current composition since 2007 and has decided thousands of motions, but it has never been accused of bias as heavily as it is right now.

The independent MPs insist that the opposition proposal that is in the parliament right now is the best solution.

“If the ruling coalition really aims to scrap the amnesties and help the rule of law, there cannot be any problem for the coalition to join us in seeking a way to exclude the prejudiced judges from the process,” Beblavý said. “But if the coalition refuses that, it will be obvious that the whole proposal is a trap that leads not to scrapping but to final confirmation of the amnesties.”

The ruling coalition will continue to discuss the proposal on Tuesday, March 21. Opposition parties’ leaders Richard Sulík of SaS, Igor Matovič of OĽaNO, and Boris Kollár of Sme Rodina, will also meet to talk about their support for the proposal.

Most of the opposition MPs however have already made it clear that they do not agree with the constitutional law to be passed in a fast-tracked legislative procedure.

That was also among the main concerns that President Andrej Kiska voiced in his open letter to parliament on March 20. In the letter he appealed to Parliament’s Speaker Andrej Danko and the MPs not to discuss the proposed constitutional law in a fast-tracked procedure. The proposed constitutional law “decisively deserves at least a wider evaluation and honest and expert discussion, because this is about a radical change of the Constitution that should not happen in haste”.

Parliament’s Speaker Andrej Danko reacted following the meeting of the parliamentary gremium, first of all by criticising Kiska for not having appointed the missing Constitutional Court judges.

Danko noted that all the MPs desire as wide consensus within society as possible.

Lawyers are not convinced either

The non-governmental Via Iuris association that has collected over 75,000 signatures under its online petition over the past few weeks calling on politicians to scrap the amnesties, insists that parliament is already entitled to scrap the amnesties and does not need any constitutional change to do so, nor any approval from the Constitutional Court.

“Scrapping the Mečiar amnesties as presented today by the ruling coalition unnecessarily complicates the process and shifts the responsibility from 150 directly elected MPs to 13 judges of the Constitutional Court,” Zuzana Čaputová, lawyer with Via Iuris, wrote in the organisation’s statement.

The coalition proposals only gives the right to the court to block the amnesties, she noted.

The amnesties have become one of the main issues in Slovak politics recently, after a movie that depicts the events recently hit cinema screens. Mounting public pressure has moved Prime Minister Robert Fico, who has previously opposed the idea of scrapping the amnesties as legal nonsense.

Vladimír Mečiar himself even showed up in public, in a political debate on the TA3 news television, to defend himself.

On Sunday March 19, the private TV channel Markíza ran a special debate on amnesties where Oskar Fegyveres, a crown witness in the case of the abduction, appeared too, alongside the ex-investigator of the case Peter Vačok, opposition MP Budaj, humorist Milan Markovič, and journalist Ľuba Lesná.

Fegyveres described the abduction of President Michal Kováč’s son which he monitored as an SIS member. He said he did not know in advance that it would be a kidnapping. Following instructions, they blocked the road and people from two further cars pulled Kováč out of his vehicle with the use of violence. The president’s son was shouting for help. Fegyveres reiterated that the intelligence service was behind the action.