A newspaper story’s journey into block-buster

A Slovak movie that enchanted the children’s jury at Berlinale, garnering the Crystal Bear, now makes it into domestic cinemas after the premiere at Febiofest, with some screenings slated with English subtitles. 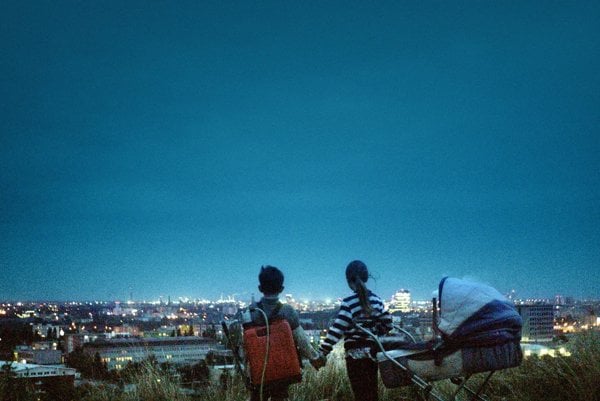 The movie started with the successful novel of Slovak writer Monika Kompaníková, called Piata loď / The Fifth Ship, which received the Slovak Anasoft Litera award in 2011.

“Each one us was a child once – and thus, I think this theme has the potential to appeal to many people, including me,” director and one of the script writers Iveta Grófová said for The Slovak Spectator. “In the book, the very strong story is combined with a unique plot, creating a great opportunity for making the film poetic and visual. This combination was the crucial moment for me,” she summed up. 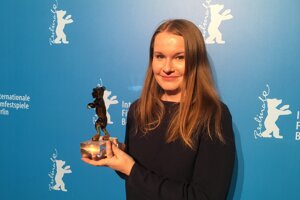 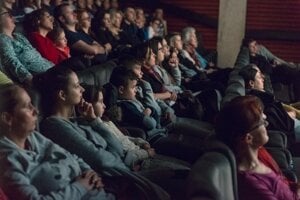 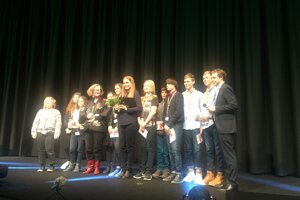 While novel is fictional, it is based on a newspaper report of a frustrated pre-teenage girl who stole a baby to take care of it. The main character, Jarka, aged 12, is very mature and self-reliant due to her circumstances. Her mother, who became pregnant at 16, refuses to grow up and take over responsibility: sometimes it seems that Jarka is the adult one of the two. The girl befriends a neighbour boy, Kristián, who suffers quite the opposite extreme – his parents care too much about him, require too much and nothing he thinks, says or does is good enough especially for his father. After her grandma – with whom they share their flat – dies, Jarka becomes even more lonesome.

One day, alone as most of the time, with an unsure future looming and mother far away, the girl offers to take care of twin babies while their mother smokes and gets drunk. Jarka then decides to flee with them and create a new, better family of her own. Helped by Kristián, they move to an abandoned garden bungalow high in the vineyards over Bratislava, and provide for them. However, the illusion of a closed-off outer world and of a real, complete family has some cracks, like lack of resources, and the situation becomes ever more distressful.

The novel and the movie

Unlike the novel with a realistic though relatively open ending, the film, renamed The Little Harbour for foreign audiences, wanders off into the realm of dreams and fantasy that is always better than reality – leaving the ending even more open to individual imagination.

“It was definitely the intention to leave several things expressed directly and unvarnished in the book only as a hint in the movie,” Grófová said, adding that the filmmakers decided to reduce the points of view: in the book, adults’ views mix with those of children; while the film was shot only from a child’s aspect. “Thus, we do not have to show consequently everything – as the audience can then guess and complete the picture themselves.”

The director added that another one of her intentions was for the film to be screened on TV one day – and in prime time, not late at night as something inappropriate for children.

Thus, the movie is appealing also to children, and whole families can watch it – which could be seen also at its premiere screening at the Febiofest film festival and later on at the cinema premiere.

The Little Harbour also got the Crystal Bear at the International Film Festival in Berlin from a children’s jury which wrote: “We selected a film that is creative and authentic. It’s about two children who create a little world of their own rules. We found the story very moving and the actors are very believable, too.”

“The film has been softened in all its components,” co-author of the script, Marek Leščák, said for TSS. “In the composition of the storyline, in the performances of children’s actors and the way they were shot by the camera,” He added that the goal was to make it a universal story for everyone, and not a film for the “art market”.

Involving children in film-making has its downsides, however, and children are alleged to be the second-worst actors to handle, after animals.

The situation was even more complex, Grófová said, explaining that what she was looking for were young actors who not just have natural charm but who have their own head. She said at the premiere and a press conference for media that she had been looking for the right cast for a year, before she decided on Vanessa Szamuhelová and Matúč Bačišin. They were perfect, self-reliant and opinionated which, however, could sometimes complicate the shooting itself. As for the babies, Grófová assured all worried mothers that they were looked after perfectly; and the shooting was adapted to and built around their moods and routines, rather than the other way round.

It was the first acting experience not just for them, but also for the Košice-based singer Katarína Kamencová, who played Jarka’s mother. Also, it was the first film experience of singer Katarína Kubošiová, aka Katarzia, who sang the title song. The soundtrack of the movie – with the music composed by Matej Hlaváč – has been released on a separate album that is part of the re-edition of the book. Cinematography person Denisa Buranová also had her "first time" in a feature film.

The Little Harbour, which has English subtitles thanks to participation in a foreign festival, is now headed for cinemas. At least in the Lumière cinema in Bratislava, it will be screened in this English-titled version until the end of March. Also some later screenings – and in other cinemas – are possible.

“Despite telling about difficult and often dramatic situations, we wanted the movie to end in a positive way – but positive can mean different things for different viewers,” Leščák explained about their work. “For us, it was most important to have an emotional drive during the whole film – and I would say we succeeded in it.”