Jana Dubovcová talks about her performance as ombudswoman, and the topics that remain for her successor. 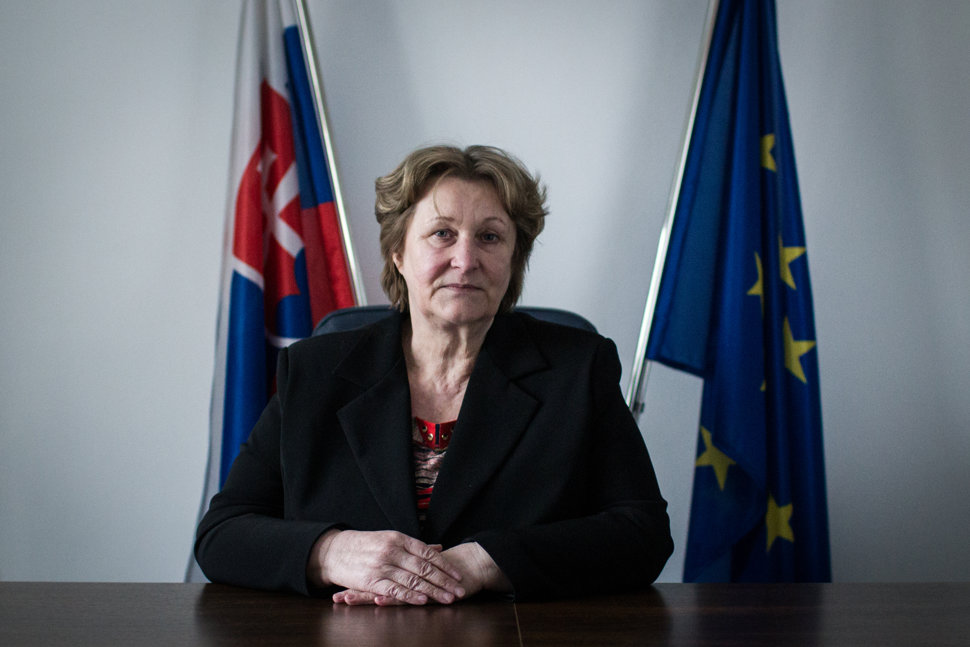 Having to read a report on the work of the ombudswoman to an empty parliament is not a problem, but MPs’ failure even to acknowledge it is. So says Jana Dubovcová, who leaves her role as public defender of rights – as the ombudswoman position is formally known – on March 28. She spoke to The Slovak Spectator about her five years in the job.

The Slovak Spectator (TSS): One of your priorities was to make people more aware of your office’s work. Have you managed to achieve this goal?
Jana Dubovcová (JD): One of my priorities was to appoint a lawyer in each of Slovakia’s regions who would cooperate with the office of the public defender of rights, meet with people, and in case of need help them write and submit motions. People often address the public defender of rights with sensitive issues and in many cases, they would rather tell someone about it. If there were a lawyer, he/she could help them prepare a motion. Unfortunately, this hasn’t happened, as we didn’t receive enough money from the state budget.

TSS: So the situation has improved during your term in the office?
JD: Regarding awareness, there is some progress. The press often addresses us, we organise press conferences and attend discussions. The situation, of course, could be better. But we received a slightly higher budget in 2017 for raising awareness, so I hope this trend will continue. 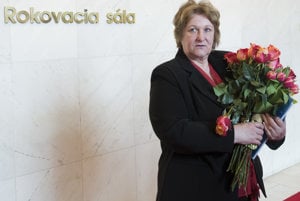 TSS: What do you consider the biggest success you achieved during your tenure?
JD: We have succeeded with several issues concerning socio-legal protection of children. We have contributed to changes in widows’ and widowers’ pensions. Moreover, the Labour Ministry finally plans to address injustice against the oldest pensioners with low pensions. We have also forced the police to start using cameras to make video recordings of police actions. Regarding independent inspection of the police and police actions, the current government promised in its programme statement to deal with the issue, though they claimed in the past that this was not a problem.

Not only the public defender of rights, but also the European Commission, has called on Slovakia to start dealing with ongoing discrimination at schools. This concerns not only Roma children from excluded, poor communities, but also many others. To begin with, [the authorities] claimed that they don’t discriminate against children. But over the course of three years we proved by means of various surveys that this is not true and that our education system needs to be fundamentally changed. Thanks to the public defender of rights, the number of teachers’ assistants has also increased, by 800 in 2014.

Also the sum budgeted for food for children placed in inpatient care has increased. This was preceded by our previous findings suggesting that the sum was so low that children were going hungry. It took one and half years to change the situation.

TSS: So the government didn’t just reject your recommendations?
JD: The government has always had a rejectionist approach, but after some time it started implementing the measures. Without our pressure, the problems would not have been tackled at all.

TSS: It was probably also pressure from international institutions that influenced the government?
JD: Of course. I have been repeatedly submitting objections and recommendations at all levels in Slovakia. In case some of these were not accepted at the national level, we informed the international institutions, whose member Slovakia is and that deal with the protection of fundamental rights.

Read also: Dubovcová spoke out even when they refused to listen Read more

TSS: What areas should your successor focus on?
JD: This always depends on the public defender of rights’ personality, priorities and goals. What remains unsolved and very serious is the operation of the police, and changes to the education system. We also often encounter problems in connection with the socio-legal protection of children.

We also opened several topics in 2016 that the public defender of rights had not dealt with before. There is a problem of access to affordable potable water, and thus hygiene, in several places across Slovakia. I consider it a problem, as it affects people’s living conditions and their opportunities to participate in society. Another area concerns the protection of environment and natural resources where we have uncovered bad treatment, especially concerning water and insufficient protection of rivers.

TSS: Do these topics represent some kind of recommendation for your successor?
JD: These areas should be scrutinised in more detail. Already, the first revelations suggest that the state is failing in these areas. This doesn’t violate only the fundamental rights for favourable environment of the current generation, but also future ones. This is also the case in education. It is necessary to start dealing immediately with all violations of state duties that will have a negative impact, through our generation, on the future.

TSS: Parliament has ignored many of your reports that criticised the current state of society in various areas. Some of them have even resulted in disputes with government representatives. Would the situation be different if the author of these reports had been someone else, someone more amenable to the coalition?
JD: I don’t think so. This is how parliament works. Most discussions about laws are attended only by MPs who focus on the topic. So I wouldn’t personalise this. What I regret is that only a small number of MPs deal with the protection of fundamental rights and freedoms agenda.

What is not common is the practice of parliament ignoring and not acknowledging the public defender of rights’ report after it has been discussed in parliament. Parliament thus doesn’t fulfil its oversight duties towards the executive power and doesn’t adopt measures on serious issues, like the repeated wilfulness of the police, or discrimination in the education of thousands of children. It seems like the lawmakers don’t respect the people who elected them. 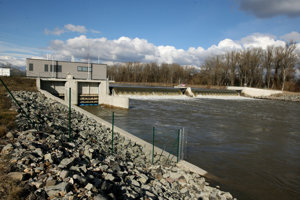 TSS: So you don’t think it’s an expression of disagreement with you as ombudswoman?
JD: Similar findings had not been submitted to parliament before [I was appointed]. Part of this problem may be the approach of the current coalition, as well as the previous government, which considers everybody who disagrees with it, or who criticises it, an enemy. One example is the decision of the prime minister not to answer the questions of critical journalists and media. But it also occurs in cases where public administration bodies refuse to provide the public with information that is somehow sensitive or critical based on the law on free access to information.

TSS: The representatives of the current government that are members of Smer have often described you as a political candidate, while there has also been some criticism of you for dealing with Roma and LGBTI issues. How do you respond to such claims?
JD: I consider this to be deliberately misleading and diverting attention away from the topics I point to, as everybody knows I have never been a member of a political party. If somebody wants to become a public defender of rights or a constitutional judge, they have to be elected by parliament. In order to do so, they need to be nominated by the political parties, or MPs who are members of political parties. There’s no other way to be appointed to these posts. It’s true that I was in parliament for one-and-a-half years, but I served as an independent candidate who was elected on the slate of the Slovak Democratic and Christian Union [SDKÚ] in 2010. Currently, there are many independent MPs in parliament who were listed on the slates of political parties, and nobody says they are politicised. Also, the new ombudswoman was once a member of the Communist Party. However, the ruling coalition still nominated her for the post. So some people are political candidates and the others aren’t? I think this was only a deliberate ploy to conceal the serious findings of the public defender of rights.

TSS: Is the reason that the government simply does not want to deal with these problems?
JD: The problem lies in some politicians and their attitude, which is often reflected in government materials and official texts. For example, when the government responded to the European Commission’s criticism of discrimination in children’s education, it wrote in an official statement that that many Roma children are mentally disabled and alleged that this is because they are the products of incest. Or when it responded to the Council of Europe Anti-Torture Committee’s findings on wrongful police methods by claiming that it is necessary to realise what kind of people they are dealing with. The criticism, however, concerned first contact with people who are then taken to a police station.

I will give you another example: when the public defender of rights pointed to inappropriate intervention by the police against Roma in the Budulovská settlement in Moldava nad Bodvou. One week after the raid, the prime minister and the interior minister visited the local police station, shook hands with police officers and encouraged them in their work. Without respecting any results of an investigation or even trying to investigate what had happened, they sided with police officers who had inappropriately interfered in the lives of dozens of people and their children. This is also the case with their attitude towards foreigners.

Also these gestures, as well as written, verbal and non-verbal expressions, indicate that the perception of the fundamental human rights of some public officials is different to what it should be in democratic and rule of law state. 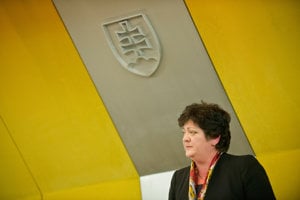 TSS: In many of your reports you criticise the work of the police. Do you see any chance of the situation improving?
JD: The bigger problem is how parliament approaches its oversight function towards the government. If it receives the information that the whole system doesn’t work, it should deal with it. But this isn’t happening. The governing parties also have a majority in parliament. If the parliament doesn’t deal with the gaffes of the government, it seems that the government controls parliament, and not vice versa.

TSS: What will you do after leaving the post?
JD: I won’t deal with anything specific. I will follow the public events from my own home.

Radka Minarechová
Subscribe Author Subscribe
News: Receive notifications about new articles by email. Try the new feature and turn on the subscription.
Radka Minarechová began working for The Slovak Spectator in July 2011, after graduating from the journalism department of Comenius University in Bratislava. She covers political news, as well as occasional economic stories, and writes for our special publications.She is also responsible for the information tables that appear in the special publications. Before she joined The Slovak Spectator team, Ms. Minarechová contributed to the Career & Employment Guide and Spectacular Slovakia.
Send the article by email
Close ad