Slovakia ended up in the top 20 among the 127 evaluated countries. 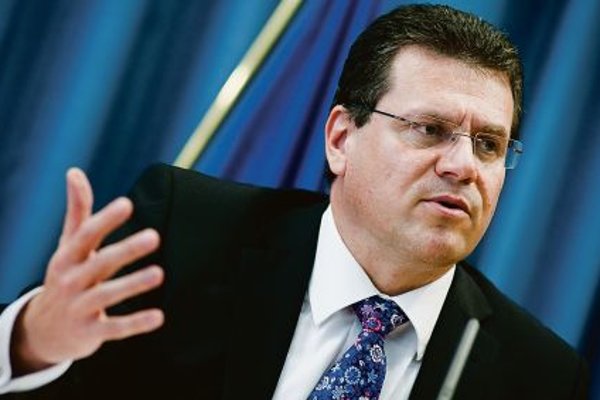 The World Economic Forum’s annual Global Energy Architecture Performance Index was published on March 22. Slovakia has achieved a good ranking thanks to its infrastructure links with neighbouring countries and the progress made in the use of renewable energy sources, according to European Commission Vice-president for Energy Union Maros Šefčovič.

“Slovakia is among the countries with the highest levels of interconnections with neighbouring countries,” Šefčovič said, as quoted by the TASR newswire. “As much as 60 percent of our energy can freely travel between neighbouring states. Another important factor is the interconnection of markets with the Czech

Compared to Slovakia’s performance last year, the country improved its position on the index by eight places, thereby joining the top twenty countries. It was the only member of the Visegrad Group (V4) countries (the Czech Republic, Hungary, Poland and Slovakia) to achieve this.

The ranking was topped by the same three countries as in 2016 – Switzerland, Norway and Sweden.

“It’s a good sign for Slovakia as well as for EU-member states, which occupied 14 places of the top 20,” said the Slovak EU commissioner. According to Šefčovič, this means that EU countries are doing well in increasing energy security and the proportion of cleaner electricity production.

The Global Energy Architecture Performance Index awards points for eighteen different energy-related categories that concern, for example, levels of diversity and quality in energy supply and the volume of CO2 emissions.