Cheap mortgages still attract clients, but the new rules set by the central bank may change the current situation. 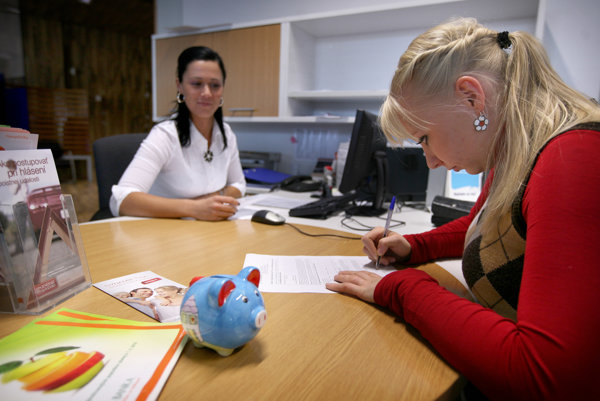 At the turn of the year, it seemed that the era of cheap mortgages was over when some banks began increasing interest rates on select loans. This, however, is no longer true as financial institutions have launched their spring campaigns, vying for clients by once again offering cheap loans.

“In my opinion, the banks have started a fierce fight for clients before the changes planned by the National Bank of Slovakia come into force,” Katarína Habodászová of the Hypocentrum company told The Slovak Spectator.

The stricter rules introduced by the country’s central bank came into force on March 1 and limit especially those loans amounting to 80 percent or more of the value of the mortgaged property. Some observers say it will have an impact on the number of provided loans as it will be more difficult for people to qualify for a mortgage.

Mortgages on the rise

Banks in Slovakia approved altogether 204,086 new mortgages by the end of last year; 6.3 percent more than in 2015, according to the National Bank of Slovakia (NBS) data.

The banks addressed by The Slovak Spectator confirm the high interest of their clients in taking mortgages. Tatra Banka, for example, registered a 24-percent annual increase in the number of new loans in the beginning of 2017. Its clients are interested mostly in the mortgages with three- and five-year fixation periods, said its spokesperson Zuzana Povodová.

The five-year fixation period is also popular at Slovenská Sporiteľňa. The bank registered an increase in the number of new mortgages amounting to nearly one-fifth annually in January 2017, added its spokesperson Marta Cesnaková.

Also in ČSOB, clients mostly prefer mortgages with three- and five-year fixation periods, according to its spokesperson Anna Jamborová.

Miroslav Kriak from Fincentrum says that the number of provided loans broke records in 2016, and most of the banks did not have to fight for clients at the end of the year. As a result, some of them sought to increase their interest rates.

“The final quarter of the year used to be the strongest in the banking sector, which was enhanced in recent months by reports about restrictive measures adopted by NBS that limit the conditions for new loans,” Kriak told The Slovak Spectator.

Pavel Škriniar of the financial website FinancnaHitparada.sk says that the reasons for setting the interest rates depend on the specific banks. The big players are impacted by the developments on the financial market, while insecurity is widespread mostly due to the unpredictable results of the elections in France and Germany, as well as the impact of Brexit.

“Smaller banks try to attract clients and when vying with the competition, they also use the price, and thus the interest rate,” Škriniar told The Slovak Spectator. This, however, is only one of the deciding variables; the specific conditions for the loan are more important for clients when deciding on taking a mortgage.

The number of new loans may now be impacted by new rules that became stricter after March 1. This concerns particularly loans for more than 80 percent of the amount of the mortgaged property. Under the new rules, their share of the total number of all newly-issued mortgages should be no higher than 40 percent.

Moreover, banks will apply stricter rules when assessing the financial situation of people applying for a mortgage. After deducting all instalments, the applicants should be left with a reserve amounting to at least 5 percent of the difference between their income and the living wage. The sum will be gradually increased to 20 percent.

Moreover, the maximum payment due for mortgages will be set to 30 years. Additionally, it will not be possible to agree with the bank in the initial agreement on postponing the instalments or on progressive instalments, meaning that monthly sums will increase gradually, the SITA newswire wrote.

Yet most of the measures are not new as the banks have already been observing them on a voluntary principle. The banks addressed by The Slovak Spectator confirmed that they have already adopted the new rules before they actually came into force.

The measures may make it difficult for some people to finance their housing via a mortgage, opines Marcel Laznia, analyst with the Slovak Banking Association.

“It is premature to predict the real impact of the measures,” Kriak said, adding that the banks now offer various consumer loans to people in order to property.

Consumer loans, however, have a shorter due date and higher interest rates, he warns. Thus, they are not as advantageous for clients as if the property was fully financed from a home loan.

Rates to increase, but not much

Though currently the interest rates remain low, observers agree they will start increasing again this year.

“Regarding the growing expenses on long-term financing, we predict that the interest rates will increase especially in the case of longer fixation periods, which we witnessed at some banks already in the beginning of this year,” said Habodászová.

The increase, however, will not be very significant. One of the reasons is the plan of the European Central Bank to continue with quantitative easing, i.e. printing money and purchasing state bonds, by the end of 2017, said Juraj Valachy, analyst with Tatra Banka.

While the short-term interest rates are expected to stay at the current level, the long-term rates should slightly increase, especially if the inflation rises in accordance with the expectations, he added.

“Thus, we expect the rates on mortgages to stagnate, with the possibility of slight growth as of the second half of 2017,” Valachy told The Slovak Spectator.

Another reason for slower growth of interest rates, according to ČSOB analyst Marek Gábriš, is the competition between the banking institutions.