The MP and ĽSNS vice-chair claimed he wasn't able to evaluate the Jewish transports during WWII as he is not a historian. 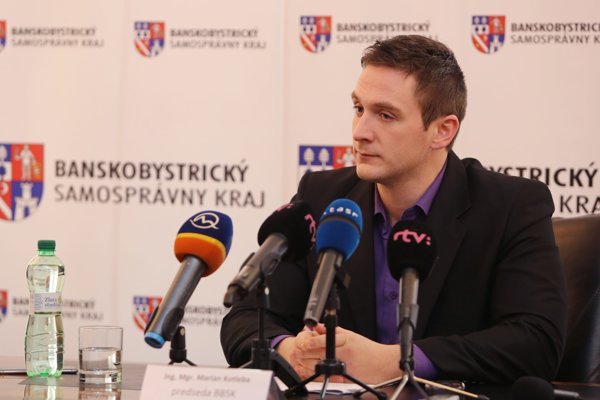 Moreover, all participants of the programme on March except for him condemned, on the 75th anniversary of the first transport of Slovak Jews to the Auschwitz-Birkenau death camp (on March 25, 1942), what happened, the Pravda daily wrote.

“I respect that we commemorate it but I didn’t live then,” he said. „I cannor evaluate it, as I am not a historian; and I don’t know the historical circumstances. I don’t think we should feel eternal guilt, he summed up, according to the Sme daily.

On another point of discussion, the scrapping of amnesties of Vladimír Mečiar, ex-chair of the now dysfunctional HZDS party back in 1990s, Uhrík considers this issue “a substitute one”, as other cases and scandals ceased to be discussed. He did not say, however, whether ĽSNS supports the coalition- or the opposition proposal on how to scrap amnesties – he opined that the Constitutional Court must decide.

One year after the current government took over, Miroslav Číž of Smer considers it important that opposition, having in mind the stability of the country gives up confrontational clashes. If Slovakia is to succeed within the EU, it must tsay unified internally as well as stable. It is the constant political fight that divides the society, Číž said as quoted by Sme, adding that this division “slows Slovakia down”. He also stressed that the cabinet has to continue fighting against extremism and corruption; while the legal framework has been done in two spheres.

The government cares insufficiently for people, and does not protect their interests, Milan Krajniak (of the opposition Sme Rodina – Boris Kollár party) opined. „This government does only a little for the people,” he summed up, pointing to the low salaries compared to the countries with a similar economic performance, while ascribing the responsibility to the government of Robert Fico.

Cabinet must intensify the fight against corruption, while the opposition should also get more space in parliament, Ľubomír Galko (of the opposition Freedon and Solidarity-SaS party) said. „We are ready to seek functional solutions but coalition refuses all the expert proposals of us,” he stated. Veronika Remišová (also opposition OĽaNO-NOVA) claims that the government fails in the long term to deal with the health care – which is heavily indebted – as well as the education sector where the results are zero so far.

„We try to fulfil lour programme, which is one of the best in the education and in health care,” she said. “But we fail to push through our proposals.” The problem of Slovakia remains to be corruption on to positions, according to Remišová, against which the government does not fight sufficiently. “Corruption scandals have been not solved, those to blame remain unpunished, she opined.

As for the scrapping of Mečiar amnesties, Číž repeated that this is a purely legal issue, as our legal system doe not know any institute like the revoking of amnesties. „We are looking for a constitutional mechanism which would enable this,” the Smer MP said for Sme, adding that the negotiations are taking place on the level of both coalition and opposition. SaS wants, according to Galko, the amnesties to be scrapped; and to achieve this, it is even ready to make concessions in some of its requirements and support the coalition proposal. “Everyone involved in the abduction and maybe even the murder should be punished,” Galko stated.