Most young people trust the EU

Slovakia has the highest share of young Eurosceptics among the surveyed countries. 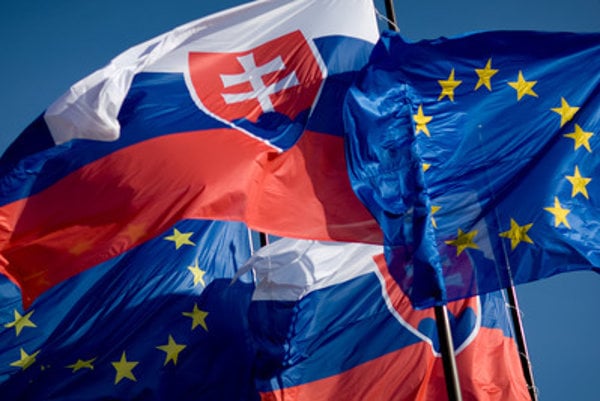 Over three-quarters of young people in central and eastern Europe feel positive about membership in the European Union. They consider peace and freedom the main benefits, and they want their countries to stay in the club.

This stems from an online survey carried out by Bertelsmann Foundation on 3,000 young people aged 15-24 living in the Visegrad Group (V4) countries, Germany and Austria between January 30 and February 13.

“Peace and freedom are inseparably linked with the EU, but they cannot be considered a natural thing,” said Aart De Geus, chair of the Bertelsmann Foundation, as quoted by the TASR newswire.

The poll suggests that 77 percent of respondents from all six countries praise EU membership. The highest support is in Germany (87 percent) and Austria (77 percent). Of the V4 countries, the most EU supporters are in Hungary (79 percent), followed by Poland (76 percent), the Czech Republic (73 percent), and Slovakia (70 percent).

Except for peace, the respondents praise the possibility to live and work (66 percent) and study (66 percent) in other EU member states. Young Germans also prefer the European efforts to fight climate change.

As much as 74 percent of respondents consider Islamic fundamentalism and terrorism the biggest current problem the EU has to face.

In Slovakia, the poll was conducted in cooperation with the non-governmental think tank Institute for Public Affairs.