The vehicle has been recently noticed by several foreign media outlets. 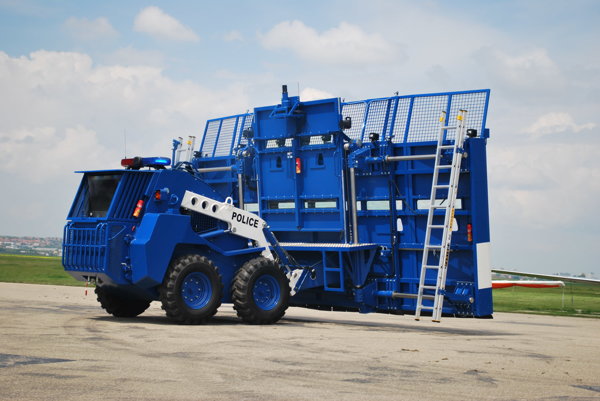 An armoured vehicle, Božena, will now fulfil a new task. In addition to clearing the territories across the world of mines and improvised explosive devices, it will also handle riots and mobs in the streets and urbanised areas.

Several foreign media outlets have recently reported about the vehicle, the Sme daily wrote on its website. A remotely operated vehicle, Božena Riot offers a solution for protecting law-enforcement units in action and controlling the situation whenever peace maintenance is required, the official website of its producer Way Industries reported.

Its design follows the concept of the Božena 4 demining system, which has been in use in various countries across Europe, Africa, America and Asia for several years.

The whole system is run by a high performance, low noise and low-emission engine, equipped with internal automatic fire extinguishing features. The system can be supported with various accessories which serve as easily deployable, efficient tools. The range of the remote control is as high as 2,000 metres, while the battery should last 11 hours.

The mobile system may change into an impermeable wall, thanks to a shield that is 7.5 metres wide. It may be extended or narrowed according to need. 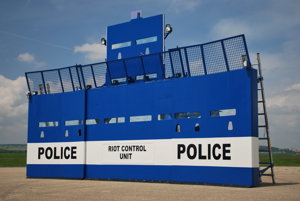 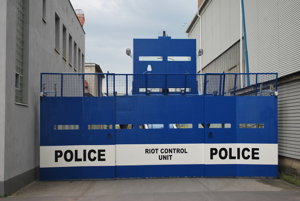 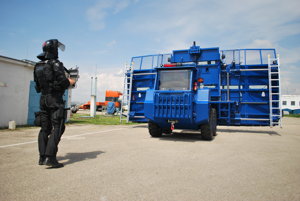 The system may protect as many as 36 police officers with shields and weapons. It can also be optionally equipped with smoke shells; a GSM band jammer for disruption to local mobile communications; a protected digital matrix display for displaying instructions to rioters and crowds and can be equipped with other additional accessories, as per your own requirements, according to its producer’s website.