Not now, Scots told by UK 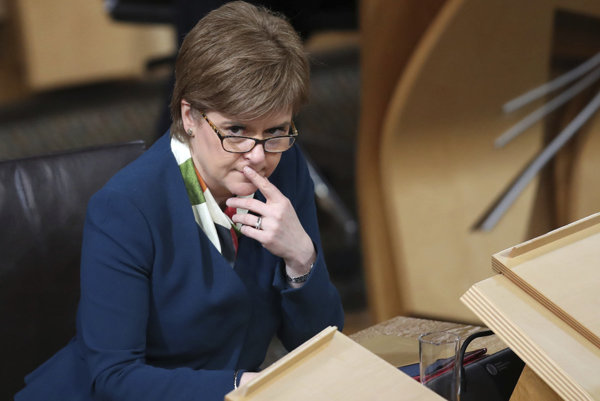 Here's what even schoolchildren learn, according to English poet W.H. Auden: "Those to whom evil is done, do evil in return."

Auden's poem, fittingly for these times, was titled "September 1, 1939". Which of course was the date of the outbreak of the World War II, the culmination of a decade of political chaos following the Great Depression. And while the identity of the "those" who had suffered evil and then done it to others could be debated, let's assume he meant the millions in Europe who had lost jobs, security and hope following severe economic hardship, and who had put their faith in fascist movements in Germany, Italy, Spain and elsewhere.

The parallel with this past decade is not exact, but it is nevertheless striking. The financial crisis of 2008-9 swelled by millions a vast corps of underemployed, undereducated white men in the West, especially in the UK and the USA. Men who, in the 1970s, had earned a middle class wage from manufacturing jobs with a high school education, had since lost their financial security and social status, as deregulation and free trade allowed those jobs to be exported to cheap labor economies. And in 2016, these as-yet-undetected voters rebelled against the status quo and chose Brexit in the UK and Donald Trump in America. Not outright fascism, to be sure; but isolation, resentment and nostalgia for a mythical past, without a doubt.

The majority of Brexiteers, and of Trump's "MAGA" troops (Make America Great Again, his campaign mantra), believed that evil had been done to them - by liberals, by the system, by corporations or just by business as usual - and were resolved to fight back. The impact of their choices, like Auden saw, will inevitably visit evil on others, whether through deportations, the disintegration of European families, environmental degradation, military tensions or other forms of disruption.

This is the context in which the Scottish parliament on Tuesday voted to stage another referendum on independence from the UK. Believing, in other words, that English voters, in choosing to leave the EU, had visited evil on the Scots, almost two-thirds of whom wanted to remain. And responding by attempting to leave the UK in their turn, thereby destroying a 300-year Union.

This is the irony of Scotland's independence movement, and of the Brexit that has reinvigorated it - every argument that British PM Theresa May makes in defence of her refusal to allow a Scottish referendum now - such as that the Scots don't even know what the terms of Brexit are, so how can they reject it? - could be flung back at the UK's foolhardy 2016 referendum. Because UK voters didn't know the terms or implications of Brexit before they chose it either. And yet here we are.

The feeling, here in the UK, seems to be that we have as much evil and uncertainty as we can digest at the moment. That Scottish independence, while a grave matter, is less exigent than the UK's relationship to Europe. And that Scottish first minister Nicola Sturgeon, while undoubtedly sincere about independence, is probably quite content to have been told by Westminster that a referendum is out of the question until the UK comes to terms with Brussels.

Giving Scottish voters, like the rest of us, a bit more time to figure out where our civilisation is headed.