Rockefeller is a paradise of hoaxes, here are the most absurd ones

The recently deceased David Rockefeller dominated the realm of hoaxes over the past week. 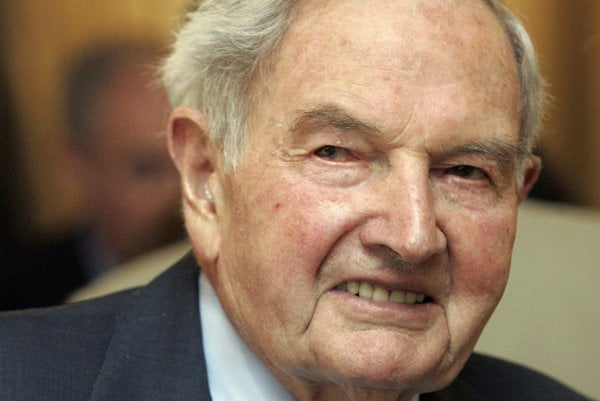 The death of the 101-year-old American financier David Rockefeller has turned into a welcome opportunity for conspiracy theorists. In their eyes, the Rockefeller clan, together with the Rothschilds and the freemasons, represent one of the pillars of the global conspiracy that is about to fall apart.

For decades the Rockefellers have belonged to the top of the American society, not only thanks to their immense wealth but also thanks to links to politics, diplomacy, and secret services.

The history of the family really comprises frauds, cooperation with totalitarian regimes, and “little help” to US politicians.

But conspiracy websites have “paid their tribute” to the deceased man also by presenting some really absurd legends.

Spreading the Zika virus is subject to several conspiracy theories. Like in the case of HIV and Ebola, they want to find the culprit who can be blamed for everything.

The conspiracy magazine Zem a Vek and the website Narodne Noviny wrote that the Rockefeller Foundation owns the patent for the Zika virus. Other sources say the Rothschilds are behind the virus.

It is a hoax that can also easily be found outside conspiracy websites. The available sources are clear that there is no patent for the Zika virus. A virus is not an invention, even though it is possible to patent genetically modified organisms.

Connecting Zika and the Rockefellers is probably based on the fact that the American nonprofit organisation American Type Culture Collection (ATCC) that stores and categorises samples of microorganisms, has the Zika virus in its catalogue. The virus was entered in its database by the Jordi Casals-Ariet, a virologist who worked for the lab of the Rockefeller Foundation.

In the world of science, ATCC is a useful organisation because it gives biologists the opportunity to obtain samples of various microorganisms.

Private sponsorship of scientific research does not qualify as global conspiracy either.

Conspiracy media are also not in agreement on why the Rockefellers would spread Zika in the world. The Huffington Post also noted that if they were after global killing, they are not be doing a very good job of it.

Children’s blood and the Pizzagate

Czech conspiracy website Aeronet went even further and wrote that David Rockefeller had been prolonging his own life with transfusions of children’s blood. They referred to the perhaps most bizzare hoax that appeared during the presidential campaign in the US, the Pizzagate affair.

The affair started after American conspiracy websites linked the leaked e-mails of John Podesta, head of Hillary Clinton’s campaign, which also mentioned pizza and other foods, with an invented story about Clinton’s staff being part of a paedophile network.

High-ranking politicians allegedly used to go to a Washington-based pizzeria Comet Ping-Pong, with alleged secret rooms in the basement.

The conspirators wrote in different contexts about satanist rituals and paedophilia, for example they regarded the “cheese pizza” to be a code for child pornography, given their identical initials.

Obviously, in the world of conspiracy media it is impossible to fathom that politicians would really talk about food in their e-mails.

Rockefeller’s death also brought back to life some smaller hoaxes. Zem a Vek conspiracy magazine, for instance, wrote that the German concern IG Farben was not bombed during World War II by the allies on purpose, because among its shareholders was the Standard Oil company from the portfolio of the Rockefellers.

It is easy-to-check nonsense. The Allies did bomb the facilities of IG Farben because they belonged to the strategic companies of the Third Reich. In addition, Standard Oil was not a shareholder of IG Farben, only entered in an illegal cartel with it.

To conclude, here is a claim from the Aeronet website: “If the owner of the FED bank died half a century ago, it would have shaken the markets. After the arrival of Donald Trump as president, the stockmarkets did not even notice the death of the big globalist.”

The problem is that the American central bank, the FED, has no owner. It is a state institution. Donald Trump’s presidency did not change anything about it. Its head is still Janet Yellen who was nominated by Barack Obama in 2014.

A young woman with a wide smile under a mourning black veil. The Facebook status from a profile with a Russian-sounding name Viktor Bernovskij, she is the widow of the recently deceased David Rockefeller.

Among the more than 450 people who shared the picture is also Slovak diabetologist Andrej Janco who often spreads fake news on his profile. 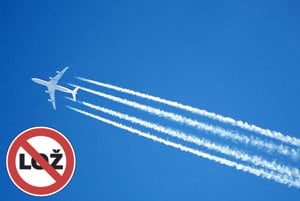 This is an exemplary hoax aiming to support the image of the arrogant American rich who smile even after their closest ones have died. But it is easy to check. The picture makes no sense logically and factually. Rockefeller died at the age of 101 and it is unlikely that he would have such a young wife. His wide was Margaret McGrath who died in 1996.

The picture is also suspicious at first sight because the woman in black is surrounded by men in classic suits, not black. A scene from the funeral would look differently.

It takes about one minute to run the picture through Google Images. It depicts Natalie Portman and it was taken during the shooting of the movie Jackie, where the actress plays Jacqueline Kennedy.