People get used to integrated transport

Most passengers praise travelling across Bratislava Region on one ticket, but experts still point to some deficiencies. 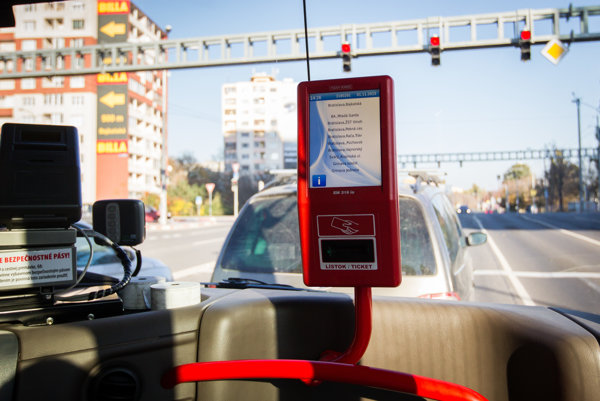 Dominika Bányaiová, a 23-year-old student, regularly travels from her hometown Senec to Bratislava. All she needs to have with her is a pre-paid chip card which she shows when entering the bus. She can travel with the same card also when using the public transport in the capital.

“It is certainly better than before,” Bányaiová told The Slovak Spectator, when describing the launch of the second and the third phase of the integrated transport system (IDS) in Bratislava Region in November 2015.

The main idea is to use a single ticket for various types of transport within the region, and also some adjacent municipalities.
“People gradually become used to this system,” said Marian Rovenský, head of the system’s operator Bratislavská Integrovaná Doprava (BID), as quoted by the TASR newswire.

Not everybody, however, feels positive about the system. Rastislav Cenký of the Institute of Transport and Economy claims that the system’s operators do not actually understand its necessity and benefits, and that the money it has received from public sources has not been used adequately.

“Unfortunately, we think that the integrated transport system in Bratislava Region in its current state is kept alive artificially only because of the EU-funded projects,” Cenký told The Slovak Spectator. 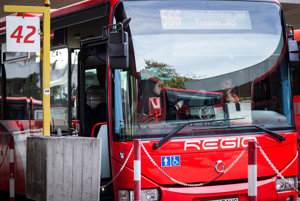 The first phase of the IDS in Bratislava Region was launched in June 2013 on the territory of Bratislava and the district of Malacky. The second and third phases were launched together, in November 2015, including the districts of Pezinok and Senec, and adjacent municipalities in Trnava Region. Currently, there are three carriers involved in the system: the capital’s transport company Dopravný Podnik Bratislava (DPB), bus carrier Slovak Lines, and state-run railway carrier ZSSK.

There are several possibilities for passengers to travel. In addition to one-off tickets, they can buy pre-paid travel tickets, either to travel across the Bratislava city or directly to the adjacent municipalities they live in. Even Bratislavans having the chip card issued by DPB can use it when travelling. They travel on the card until reaching the borders of Bratislava and then pay the rest of the ticket price in cash. This is the case of both buses and trains.

Moreover, it is also possible to purchase one-off electronic tickets as of September 2016. This can be done directly via the ticket machines placed in the transport vehicles by people having special chip cards issued by the carriers. The tickets are 10 percent cheaper than the paper ones, TASR reported.

Passengers can find more information on the website of the system’s operator (www.idsbk.sk), but also on the websites of the participating three carriers and their selling points. Moreover, there is a special information line and BID issues a monthly magazine containing information about the system.

The rules also changed for seniors older than 70 years of age, though they do not perceive it positively. Before launching the second and third phase, all they needed for free travel in public transport was their ID card, but now they need a SeniorPas card issued by the carrier. At the beginning, this resulted in very long waiting lines and dissatisfied seniors.

The Bratislava I District Court, however, issued a precautionary measure ordering the carriers to transport those seniors who prove themselves by showing only their ID cards in January 2016, which was based on a lawsuit submitted by the civic association European Institute for Consumer Protection and Rule of Law, against carriers associated in the integrated transport system.

The Bratislava Regional Court ruled in June 2016 that seniors need the special card for free travel. 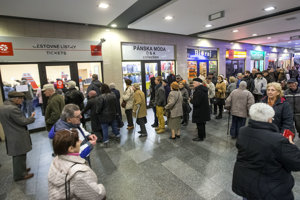 Read also: Seniors will have to use special cards for free travel Read more

The carriers participating in the system praise its current operation. ZSSK has not registered any fundamentally negative attitudes of its passengers towards the system, said its spokesperson Tomáš Kováč. He stresses, however, that to improve the system, better coordination of connections is necessary.

Slovak Lines says that thanks to the system they have managed to stop the decline in the number of passengers. It transported some 12 million people in 2016, which is approximately the same as the year before, the SITA newswire reported.
“It is a positive result as the number of bus passengers had been dropping over the past 27 years,” said Peter Sádovský, head of Slovak Lines and chair of the Bus Transport Association, as quoted by SITA.

Cenký, however, opines that within the system, only the tickets and partially also the tariffs of the three carriers have been integrated. However, there has not been any transport optimisation or economic integration, he added.

“Therefore, the Transport Ministry considers the plan to establish a transport authority which, if set up correctly, may become the coordinator and procurer of the public passenger transport for all of Slovakia,” Cenký continued, adding that at the end of the process, there should be one timetable and one travel ticket for the whole country. 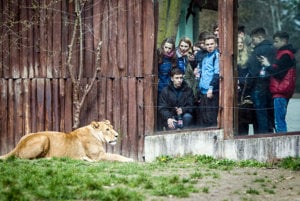 Cenký, meanwhile, points to other problems within the integrated transport system, such as the out-of-date development concept or lacking integration.

BID is now working on a new plan of transport serviceability, a strategic document that should analyse the travelling habits of passengers, define trends in using public transport, and propose effective development of the system, TASR reported.

The plan’s creators met with the carriers involved in the integrated transport system as well as the municipal and regional deputies in late February to discuss the draft document that should soon be finalised.

“It is one of the most fundamental documents that will establish the future of travelling by public transport,” Kukurová said.

Moreover, BID plans to launch a mobile application in 2017 that would enable its users to search for public transport routes and connections, as well as buy tickets. Currently, they are preparing documents to launch a competition for the supplier of the system, Kukurová said.

BID also wants to create the integrated controlling workplace to monitor the actual location of the vehicles and, in case of some delays, coordinate the consequential links. Other plans include the improvement of the conditions for selling tickets, which includes a denser network of selling points and construction of new stops and terminals, TASR reported.

The private carrier RegioJet, which operates trains on the Bratislava-Komárno route, meanwhile, said it also wants to join the integrated transport system. Talks about doing so were launched in late 2016. Currently, they are discussing the possibilities of the carrier’s integration, especially technical requirements for accepting chip cards and sale of tickets, Kukurová said.

“The goal of both parties is to discuss all details linked to the integration of RegioJet into the integrated transport system during the first half of this year,” company’s spokesperson Aleš Ondrůj told The Slovak Spectator.

Moreover, developer HB Reavis informed about its plans to build a cable car to connect the new bus station in Bratislava, construction of which will begin later in 2017, with the Petržalka borough. The question is whether it will become part of the integrated system.

BID considers the idea to be interesting as it would connect the biggest city borough with the most visited part of the city, the Sme daily reported.

Spreading to other regions?

The plan of transport serviceability should also consider the possibility of introducing the integrated transport system in other regions.

“We are currently offering free-of-charge information and consulting services to Košice Region which is now laying the foundations for the integrated transport system,” Kukurová said.

Moreover, BID has already met with representatives of Trnava Region and private carriers SAD Trnava and SAD Dunajská Streda to discuss the possibilities of joining the system, TASR reported.

Cenký opines that all carriers active in the region should be part of the integrated transport system. Moreover, the system should also be extended to the regions that are linked to the one currently using it. In this case that means the regions of Trnava and Nitra.

“We also have to say why we’ve created the integrated transport system and what its main functions and benefits are,” Cenký said, adding that if carriers understand them, the integrated systems will be created naturally.