Yak-40 to be displayed in Žilina

The plane will soon be put out of service as part of the modernisation process. 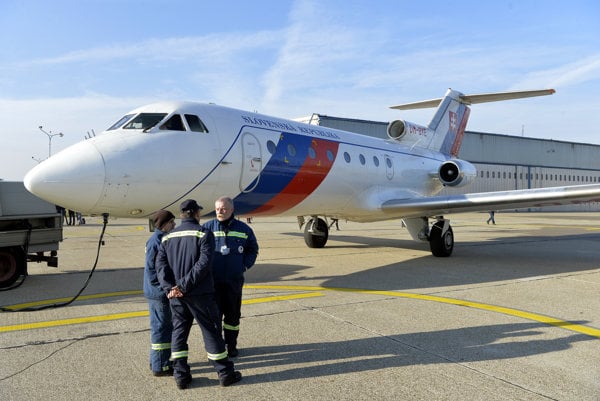 The last Yak-40 plane part of the Interior Ministry’s aircraft fleet will soon be put out of service, and transported to Žilina where it will be exhibited at the local university, the TASR newswire reported in late February.

“We can confirm that with the arrival of a new Fokker 100 to the Interior Ministry, its predecessor, a Yak-40, will be taken out of service and will soon be sent to the Žilina University,” the ministry’s spokesperson Peter Lazarov said, as quoted by TASR.

The ministry already stopped using another Yak-40 plane last December. It will be exhibited in the Aviation Museum in Košice.

At the time, Interior Minister Robert Kaliňák said that Slovakia would complete the modernisation of its aircraft fleet in 2017. Except for purchasing a bigger airliner, Airbus ACJ319, and two smaller Fokker 100 planes, the ministry also plans to buy another Airbus, TASR reported.