During a recent world-wide scandal, Slovak veterinary inspectors found Brazilian meat tainted with salmonella in Bratislava, but without any of the chemical substances that were allegedly used in Brazil to disguise rotten meat. 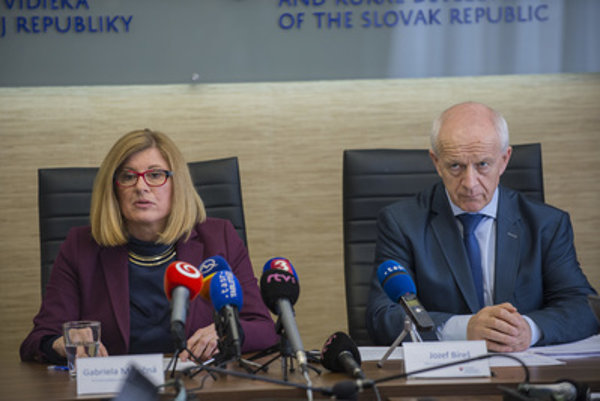 “As much as 21,000 kilograms of this spoiled Brazilian meat was imported into Slovakia via the Netherlands and Poland,” Matečná said, as quoted by the TASR newswire. “Our veterinary inspectors immediately ordered this meat to be withdrawn, as it had been distributed to as many as 54 restaurants throughout the country. Considering the gravity of this situation, I decided along with minister Drucker to appeal to Slovak consumers to remember that we have only good health once, so we should invest in it, instead of looking only at prices.”

As part of preventive measures, the Agriculture Ministry immediately halted the sale of Brazilian meat in the country. Meanwhile, Matečná announced that inspectors checked 341 products so far. The affected goods are mostly chicken breasts and liver from Brazil.

“The laboratory tests to date have discovered 17 irregular items,” Bíreš informed. “One of the Brazilian products – SEARA-Frozen Chicken Breast, Boneless, Skinless and without Inner Fillet, Salted – in two-kilogram packs, produced by Agricola Jadelle, was found to contain Salmonella Heidelberg. We’re continuing to perform inspections, focusing mainly on entities with warehouses that are engaged in relatively large-scale trading in this commodity, supplying it to restaurants and end consumers,” said Bíreš.

Slovak inspectors so far have not found any of the chemical substances that were allegedly used in Brazil to disguise rotten meat.