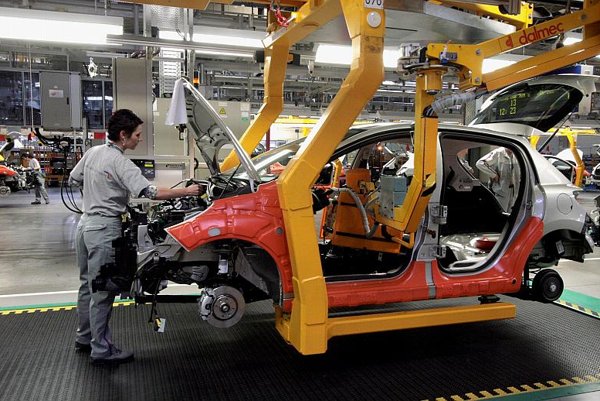 The PSA Peugeot Citroen carmaker will no longer produce the Peugeot 208 in Trnava but will instead manufacture a small city car with the draft name, P21. It wants the Slovak state to contribute financially to the change in the assembly line and the planned expansion of capacity, the Sme daily wrote on April 4.

Peugeot Slovakia is asking for an investment stimulus amounting to almost 19 million euros, in the form of a tax holiday; it plans to invest €165 million during its expansion of production, and to hire 420 people with an average gross wage of €1,395 a month. Calculations show that one new job will cost the state about €44,000 which is much more than the average for the years 2012 to 2016.

However, experts see the biggest problem not in the amount but rather in the fact that even now, carmakers have trouble finding appropriate labour in Slovakia, and often search for employees abroad. Thus, the Slovak state would be subsidising foreign workers rather than domestic ones.

„These companies employ people from abroad – thus, we subsidise jobs for foreigners; which makes no sense whatsoever,” Ľuboš Vančo of the KMPG Slovensko consultancy firm told Sme. Moreover, he points out that Peugeot operates in the west of the country where there is a very low unemployment rate. There is no reason to offer ivnestment stimuli in the west of Slovakia, in his opinion.

There are two main reasons, according to experts, why the plant needs stimuli – or why state is ready to grant it to them. The first one is that Trnava is in competition with the Spanish plant for the production of the P21 and if this locality is offering investment stimulus, the headquarters must heed the argument to leave the production in Trnava. Moreover, it would increase the long-term sustainability of the plant for the years to come – also in connection with the purchase of the French carmaker of the Opel brand.

“With this step, the plant is seeking to keep its competitiveness within a concern which also has plants in other countries of the European Union,” spokesman of the Trnava facility, Peter Švec, confirmed for the daily.

The government stimulus may also be a form of compensation for the fact that the British carmaker, Jaguar Land Rover, received aid amounting to almost €130 million. The Economy Ministry which is evaluating the stimulus refused to comment.