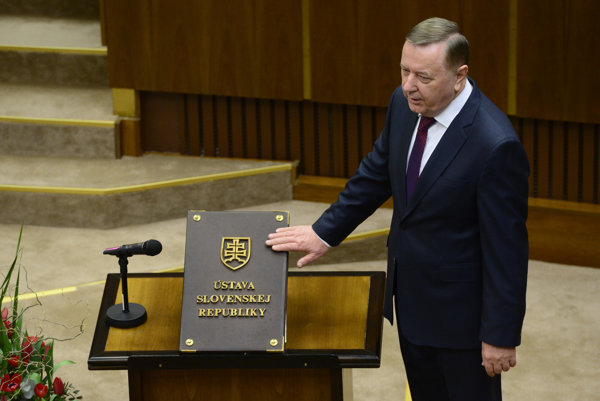 The parliamentary committee for incompatibility of functions did not impose the fine of €108,000 on Kubánek, as originally proposed by committee members. Coalition MPs supported him, and MP Jozef Burian (also from the ruling Smer party) proposed on April 4 to launch a new proceeding against him, in which Kubánek would get two fines: one for not suspending his self-emplyoment license, and another one for being a legal representative of a trade company. Originally, a total of nine proceedings were held, the SITA newswire wrote. It added that Burian proposes a fine amounting to six month's salary, i.e. a total of about €24,000. The committee will deal with this proposal at its next session.

The opposition OĽaNO party, of which Igor Matovič is the chairman, is of the opinion that the ruling coalition has double standards for its own, and for opposition MPs. The April 4 session of the incompatibility of functions committee created an unprecedented situation where the coalition showed that the MPs are not equal, OĽaNO MP Jozef Lukáč told SITA.

“The Coalition uses two unequal meters for the situation,” Lukáč said, pointing out that Stanislav Kubánek has been violating the law by not suspending his license for 3,285 days, thus facing a fine of €108,000.

On the other hand, Matovič had his self-employment license actively running parallel with his parliamentary mandate for a mere 21 days, and the result is a loss of his mandate, and a fine of €12,000.

OĽaNO MP Jozef Viskupič added that the strict hand of the law should apply equally to Kubánek as to other MPs. „Government MPs are only looking for a way to reduce or cancel his fine... While he has been violating the law for nine years,“ Viskupič told SITA, adding that Matovič's mistake was a formality but Kubánek was, in all likelihood, really doing business.