Health Minister Tomáš Drucker will not push through the change, pointing to the failed agreement with doctors.

The Health Ministry will scrap the proposal to introduce the so-called supplementary surgery hours.

The service was meant to enable patients to make an appointment with the doctor for a specific hour after official hours for a fee not exceeding €30. The ministry introduced the proposal to journalists at the beginning of the year, but has not submitted it for interdepartmental review yet, the TASR newswire reported.

Doctors, however, were critical of the plan, pointing to “mad administration and too much regulation”.

“We have failed to make an agreement over the issue, so the Health Ministry will not submit this proposal,” its spokesperson Zuzana Eliášová told TASR. 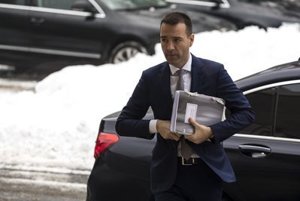 This means that doctors will not be allowed to take money for making an appointment, she added.

Drucker has recently organised several trips across Slovakia to meet with doctors and discuss the current state in the sector. The doctors, among other things, said that there will not be much interest in the proposed change.

The minister claimed earlier this year that if the majority did not agree with the proposed change, he would not push it, as reported by TASR.

The supplementary surgery hours were meant to satisfy patients and outpatient departments. Some patients missed the possibility of arranging an appointment for an exact time, while doctors pointed to the lack of finances in the sector.

Some doctors meanwhile proposed solving the problem with a so-called solidarity fee, amounting to €2-€4, which would be paid at every visit to the doctor. Drucker has not commented on the idea yet, TASR wrote.