No place for hoaxes

For a newswire to seek to broaden its range of sources is understandable. But to do so with no regard for their accuracy or reliability is not. 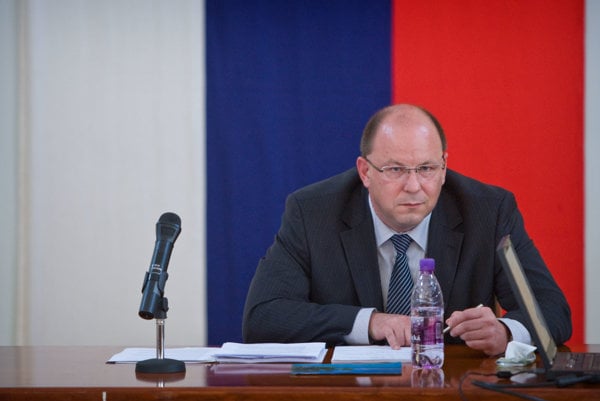 Slovakia’s state-run newswire, we learned in recent days, inked a deal to take news from a Russian website that NATO accuses of being part of the “Kremlin propaganda machine”.

Jaroslav Rezník, the director of TASR, the Slovak newswire, defended his organisation’s choice of a new partner for cooperation as an attempt to get first-hand access to the database of Sputnik, the Russian counterpart, in order to be able to better evaluate potential hoaxes.

Perhaps he is thinking of the infamous hoax about an ethnic Russian child reportedly gang-raped by refugees in Germany? Or the one about zombie soldiers in Ukraine? Sputnik enthusiastically and unquestioningly reported these ‘stories’ in recent months. Both were utter fabrications. 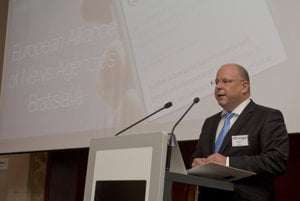 Rezník is rumoured to harbour an ambition to lead RTVS, Slovakia’s public broadcaster, one day. RTVS has been the target of criticism from coalition member the Slovak National Party (SNS) since the very emergence of the current government a year ago; more recently it has also fallen out of favour with the prime minister.

On April 4, Premier Robert Fico, in a debate organised by the Hospodárske Noviny daily, accused the news service of RTVS of being “opposition oriented”. (And, as seems to have become a habit for Fico every time he has the media on his mind, he also added some stronger language. It “pisses him off”, he declared – not just RTVS, but the media in general.) He suggested that he cannot wait for a change to take place in the broadcaster’s management, which could occur in a couple of months’ time.

The TASR revelation, meanwhile, provoked a torrent of criticism from other media and the public which prompted the newswire, in just a matter of hours, to withdraw from the contract and claim that it had not actually published anything from Sputnik during the month that the deal had been in place.

Read also: Shortage of vegetables in Europe’s supermarkets is a hoax Read more

But Rezník continues to insist on his argument that when TASR’s foreign editors choose a news story for the service, its original source is duly noted, and it depends on the editor of the final media outlet whether to use it or not.

It would certainly be very convenient for the state-run newswire (which is largely funded by taxpayers) if it could simply avoid responsibility in this way. The argument is reminiscent of comments by the head of Slovak conspiracy-theorists’ favourite radio station, Slobodný Vysielač, Boris Koróni, who admitted to an RTVS talk show a few weeks ago that his station takes most of its information from Hlavné Správy – another “alternative”, and hopelessly unreliable, news website – and does not have capacity to check the sources.

But that is not how any newswire, let alone one funded with public money, should go about their business. A simple search of any keyword related to the current news in the media archive returns a galaxy of outlets, including well-known and lesser-known websites, which simply pass on TASR news, sometimes edited, more often not. The news service of the public-service newswire is widely available. And with that wide availability comes wide responsibility.

The responsibility of any media, and particularly a public-service newswire that could easily be described as the most-quoted source in the country, is not fulfilled only by the content that it provides. A reliable news source, and its director – especially if he aspires to lead the public broadcaster – must engender trust. And that, at the very least, should preclude any ties to sources whose integrity are so obviously questionable.