Bratislava airport recommends those travelling outside the Schengen zone to arrive at the airport at least 2.5 hours before the departure. 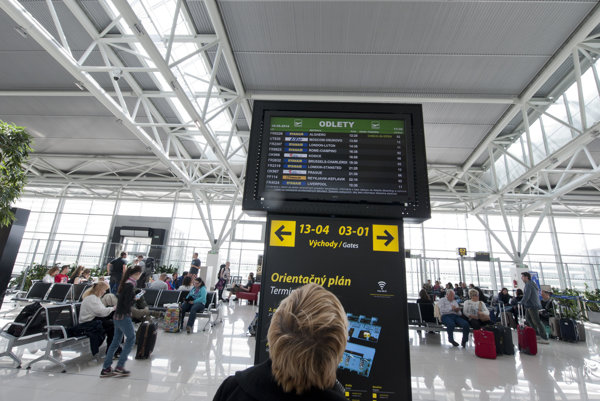 From Friday April 7, tighter checks at the EU passport-free Schengen area’s external borders will mean longer waits at border crossings and airports including Slovakia. The European Parliament tightened the rules on March 15 in response to the increase in terrorist threats.

“The aim of the checks is especially to combat the phenomenon of foreign terrorist fighters travelling across the external borders, of whom many are members of the EU,” said Police Corps spokesman Michal Slivka.

In practice in Slovakia, the tightened checks would mean that each person travelling outside the Schengen zone via the border crossing at the Slovak-Ukrainian borders and at airports will submit his or her travel document during the border check and the police will check it in international and national databases, explained Slivka. He warned that even though the information systems will give results in a few seconds, travellers should count on longer waiting times and adapt their travel plans accordingly.

Bratislava airport recommends travellers to arrive at the airport at least 2.5 hours before the departure of the plane, when travelling outside the Schengen zone.

The new rules will apply on flights from Bratislava to the UK, Ireland, Russia, the United Arab Emirates, the Ukraine, Turkey, Egypt, Tunisia, Serbia, Romania, Macedonia, Cyprus, Israel, Bulgaria, the Cape Verde Islands, Morocco, Oman and Albania as well as flights from these countries, Veronika Ševčíková, spokesperson of the M. R. Štefánik Airport in Bratislava wrote in a press release.

The Schengen Area comprises 26 European countries that have abolished border controls between them. The area functions as a single country for international travel purposes, with a common visa policy. The countries of Croatia, Bulgaria, Romania and Cyprus are part of the EU but are not members of the Schengen Area.