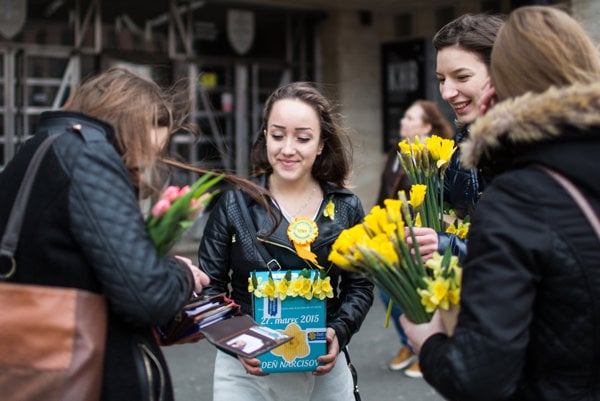 Everyone who pins a daffodil on their clothing expresses support and empathy for those fighting with cancer. The League Against Cancer NGO has organised its 21st year of money collection also known as The Day of Daffodils on April 7th.

Hundreds of volunteers across the whole of Slovakia will take to the streets, collecting money in exchange for the yellow flowers. Money gathered in the collection will serve as a practical help to oncology patients and their families throughout Slovakia.

In 2016 the League against cancer collected €1 million, the highest amount of the history of the collection.

Every year around 17,000 people in Slovakia die because of cancer. In Europe it is about 1.3 million people. Slovakia belongs to the countries with the highest mortality related to cancer. Only in Hungary and Croatia is the situation worse. The healthiest populations in this instance are the inhabitants of Cyprus, Finland and Sweden, according to the National Health Information Centre.