Inexpert cropping harms the only protected mulberry in Slovakia

Environmentalist says the 200-year-old tree is destroyed, cutter claims it was the result of an accident. 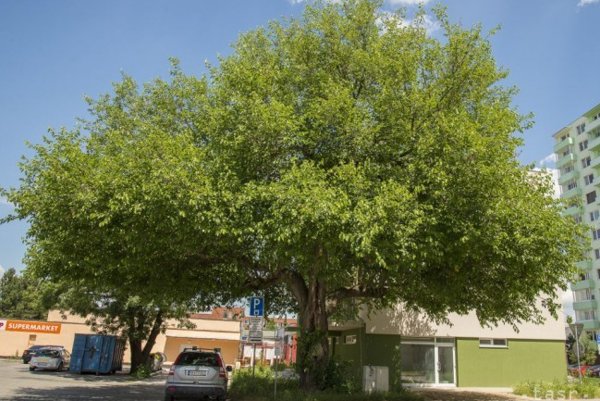 With inexpert cutting of the only protected white mulberry in Slovakia, the whole tree was destroyed, according to Ján Vataha from the Vihorlat Protected Landscape Area.

Cropping the big branches of the tree estimated to be 200 years old is, according to his words, illegal and has damaged the tree which is located in the village of Tibava.

“According to the law on nature and landscape protection, cutting branches is harmful to the tree. To do so, it is necessary to get the agreement of an environmentalist,” Vataha explained, as quoted by the TASR newswire.

No tree can possibly heal several dozen wounds, several centimetres in size, before it will be attacked by fungi that harm the wood.

“Moreover, the cropped tree reacts with double budding, with which it wants to replace lost leaf area needed for nourishment,” Vataha said, as quoted by TASR, adding that this usually means speeding up the end of a tree’s life.

“A weakened and damaged tree is a lure for wood-harming insects and its evolutional phases, which are sped up by this process,” he added for TASR.

The estate with the tree belongs to a church. As explained by Jaroslav Fabian, spokesperson of the Archbishop's office in Košice, when pruning a nearby ash tree, the cropped part fell on a neighbouring mulberry and it snapped .

“The administrator of the parish invited a tree expert for an expert opinion on how to treat the protected mulberry and keep its optimal grow,” the spokesman added for TASR.

The Department of Environment Protection of the district council in Sobrance stated that it has started the administrative procedure into the offence. The person who admitted to the act could be fined up to 33,193 euros.