Where are the workers?, investors ask

Foreign chambers of commerce conducted a regular survey among investors. 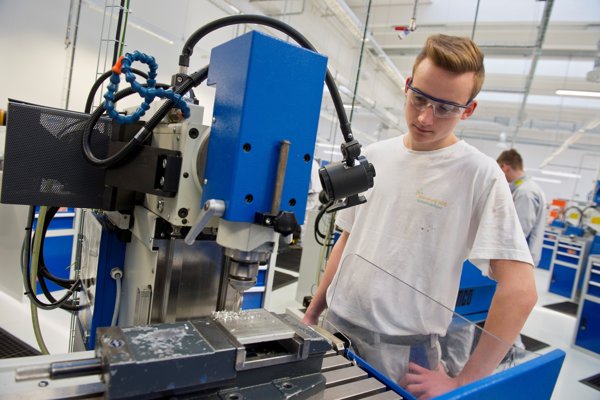 European investors have a sunnier view of Slovakia’s economic situation now than at any time since the financial crisis broke here eight years ago, a regular survey has found. But they point to a big cloud on the horizon: there aren’t enough qualified workers. They are also urging the government to step up efforts to combat corruption and dishonest procurement practices. The findings come from a business poll conducted by several chambers of commerce, the results of which were presented by the Slovak-German Chamber of Commerce and Industry (SNOPK) and other participating organisations on March 30.

“Four out of five investors would choose Slovakia again as their investment location, even under the current conditions,” said SNOPK spokesperson Markus Halt, noting that this represented a marked decrease of 6 percentage points, from 85 percent to 79 percent, compared to the previous year.

The explanation for this decline – the indicator is now at its lowest level for four years – can be found especially in the lack of skilled labour, Halt said. This factor deteriorated the most out of all the worst-rated factors compared to previous years. With respondents evaluating each factor using ‘school marks’, meaning that 1 equals very satisfied and 5 very unsatisfied, the mark for availability of skilled staff has declined from 3.29 in 2014 to 3.78 in 2017.

“More and more companies are starting to perceive the problem of finding quality workers as a visible brake on development,” said Halt.

Halt added that the industrial sector has been suffering most from the lack of skilled labour. 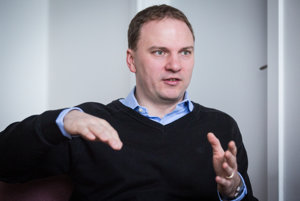 Read also: Slovakia should actively manage the return of its migrants Read more

“This is the worst mark so far given in this survey,” said Halt. “Thus, even though the [Robert Fico] government wrote the fight against corruption in big letters on his flag after last year’s parliamentary election, in the eyes of European investors, not a lot of things have happened.”

Among the best-rated factors investors in Slovakia again listed membership in the EU, the productivity and motivation of staff, the qualifications of staff, the availability and quality of local suppliers, and labour costs. Of these, only two factors recorded a decline – productivity and motivation of staff, and labour costs, with the latter worsening from 2.77 to 2.95.

Investors’ difficulties finding new employees are also reflected in a forecast increase in wage costs. They anticipate that these will increase this year by as much as 6.8 percent. This is the highest expected increase in the last four years. Nevertheless, labour costs in Slovakia are still acceptable for European investors.

“Slovakia remains very interesting for foreign investors,” Hans Christian Kügerl, commercial counsellor at the Austrian Embassy, told The Slovak Spectator. “Investing in Slovakia is not so much about cheap labour but more about the productivity and professionalism of Slovak workers. There is obviously still great interest, even though investors have to face the reality that labour costs are becoming higher, and getting closer to those of western countries.”

“An extremely positive result is that the share of companies seeing the economic situation as negative has decreased to below 10 percent,” said Kügerl.

In terms of their evaluation of expectations for their businesses, investors are even more optimistic, with 47 percent evaluating the situation to be better and a further 42 percent as unchanged.

Also, as many as 37 percent of respondents say they want to invest further, and 44 percent want to hire new workers. The latter figure represents an increase of 4 percentage points compared to last year.

“If there were enough qualified labour, this number would be even higher,” said Kügerl.

The survey also indicates an increase in dissatisfaction on the part of companies with the state of vocational training, even though Slovakia launched dual education in vocational schools during the 2015/16 school year.

“There is still a lot that should be done,” said Halt. “Primarily, financing of the secondary vocational schools should be reformed.”

Currently 1,000 students are attending dual education programmes, the first 400 of whom should complete their education in 2019.

“This is a good effect, but we will have to wait some years until dual education starts bearing real fruit on the labour market,” said Kügerl.

The participating organisations, which as well as SNOPK included the Dutch, Swedish and Austrian chambers of commerce, still regard the share of students enrolled in dual education programmes as being too low, and hope that by around 2020 the share of enrolled secondary students will increase to 8 percent. Nevertheless, this would still not be enough to satisfy the needs of the labour market.

They are also calling for the introduction of elements of dual education into university education. Dissatisfaction among investors with the abilities of university graduates is also reflected in the survey results, with respondents marking the adequacy of higher education at 3.37, a fall from 3.09 in 2015 and 3.2 in 2016.