Orbán is busy creating his own migration crisis

Pushing CEU out of Hungary would not only mean fewer smart people from abroad would pass through Budapest, but that bright Hungarian students who would otherwise study at home will now most likely seek higher education elsewhere. 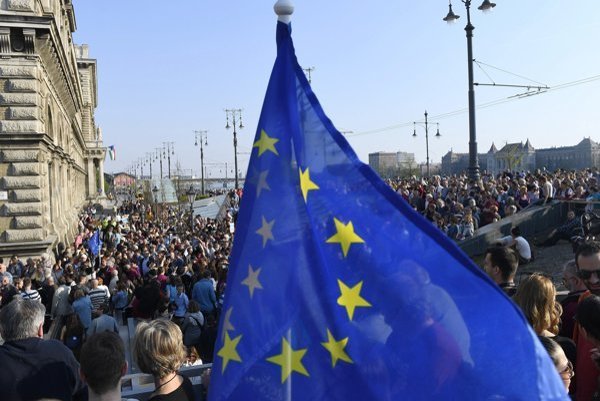 Viktor Orbán's current attempts to force Central European University (CEU) to close or leave Hungary are suicidal. While most of the world worries about losing educated young people to other countries, so-called brain drain, Mr Orbán is now taking steps to accelerate what is already a serious negative trend in his own country.

The new law passed earlier this week is modeled on Russian regulations that seek to limit the influence of foreign funded organizations on domestic affairs. As the prestigious CEU is accredited in the United States and receives funding from the liberal Hungarian-American billionaire George Soros, Mr Orbán and his Fidesz party view it as a nefarious force challenging their increasingly bizarre nationalist approach to politics. 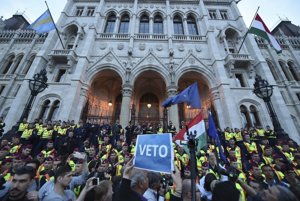 Such hostility toward CEU comes despite many of the top officials in Mr Orbán's current government are CEU graduates and that fact that Mr Orbán himself in fact used a scholarship from Mr Soros to study in Britain back in 1989. Pushing CEU out of Hungary would not only mean fewer smart people from abroad would pass through Budapest, but that bright Hungarian students who would otherwise study at home will now most likely seek higher education elsewhere - a trend that would parallel the current exodus of educated young workers.

Between 2011-2015, a period that begins a year after Mr Orbán took office, the number of Hungarians emigrating from the country each year increased six fold. These people were disproportionately educated (32 percent have a university degree as compared with 19 percent of people in Hungary) and employed (91 percent of those aged 25-64 have jobs as compared to 64 percent in Hungary) as compared to the overall population.

Most of have no intention of coming back. A few years ago the Hungarian Academy of Sciences surveyed Hungarians living in London and 73 percent of them said they do not plan to return to Hungary - ever. Meanwhile, another survey by the employment agency Manpower found that 45 percent of Hungarian employers say they cannot find the qualified people they need (worst in the EU) and Hungary's working-age population is projected to drop by 24 percent by 2060.

CEU itself may now emigrate as regional capitals lined up to welcome the school with open arms. Vienna and Vilnius have offered to play host. Czech Finance Minister Andrej Babiš has suggested renovating the Prague's Invalidovna facility - a massive, beautiful former military hospital dating from the 18th century in the very hip Karlín district - to house the school.

CEU has survived this sort of thing before. Back in the 1990s Václav Klaus used his influence to force the school out of its original home in Prague. Much less certain in the medium term is whether the Hungarian economy will survive. While Mr Orbán has spend most of the past few years yelling about a migration crisis, he is busy creating one of his own.