Blog: Machines can understand the emotion of Slovak language

Why is it so important for people, especially those representing the communication sector, that search engines or machines understand the emotions hidden within words? 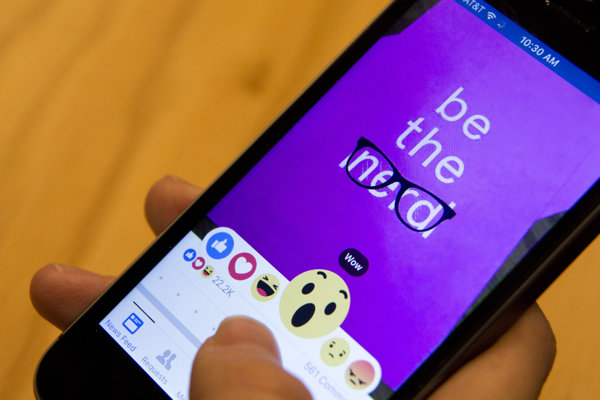 Great mixer but I had to complain about it within a month. And it was a horrid experience. What's the emotion behind such a status? A tool developed by scientists at the Faculty of Informatics and Information Technologies at the Slovak Technical University (FIIT STU) in Bratislava ranks it at the level of 24 percent (at a scale from -100 to +100 percent).

The success rate of this algorithm is at a similar level to other sentiment-analyzing methods for other world languages, including English. The accuracy of identifying emotion (sentiment) correctly is at the level of 80 percent. Why is it so important for people, especially those representing the communication sector, that search engines or machines understand the emotions hidden within words? “Understanding the emotion allows us to better understand people's needs. This is important feedback from the perspective of business. Sentiment analysis in customer reactions to launching a new product may influence a company’s marketing strategy”, says Juraj Caránek, SEESAME strategist, partner and communication expert who is participating in the development of this algorithm.

“If machines understand us better, they will serve us better”, says Marián Šimko, head of Sentigrade team at FIIT STU. Even if the future as depicted in Isaac Asimov´s novels is relatively far away, there are already machines that can substitute for humans in performing complex tasks.

These days an alpha version of a special web app, Sentigrade, has become publicly available. It was developed at the FIIT STU in cooperation with communication experts. Among other things, it can analyze hundreds of Facebook statuses and comments under various posts and identify those with the most heated reactions.

Speed and the ability to process huge volumes of text at the same time are the core advantages of sentiment analyses done by machines. A human can manage dozens of comments under a post, but to analyze hundreds of them or an entire profile would be a challenge. This approach actually allows for comparison of public profiles used by brands or celebrities. “We want the segment analysis to be automated and as precise as possible, so that it can also be applied to texts at any domain of any type”, adds Marián Šimko.

An overview of the most positive and negative comments and posts also gives the opportunity to step into the discussion. Contrary to tools that can identify the most active fans, Sentigrade-like tools should allow the identification of those who are speaking most positively about the topic, product or brand.

Slovak language and its peculiarities

Current research in semantic analysis has focused mostly on world languages, mainly English. Marián Šimko explains that even if the principles of language analysis are similar, there are differences that can really complicate the whole thing. “One example would be diacritical marks. Some texts contain them, others don´t and the machine is confused – it does not understand it or at least, it is troubled.” Other challenges include sarcasm, double meanings and other semantic aspects.

In order for the algorithm to correctly understand the meaning of a particular word, it was necessary to teach it to recognize the context in which it occurs. Comments on the Internet are often written without diacritics. A word written in such way can thus have two or three different meanings, each for a completely different thing or concept. Besides technology experts, the development of the algorithm also involved linguistic experts, who helped with the creation of a kind of “dictionary” with which the machines are able to work.

Is it actually possible that machines would one day really perfectly understand human speech? They can somewhat understand it, but it is questionable if they are ever going to understand it as humans do. Today’s machines can learn to solve more than trivial problems, however, understanding human speech in its broadness is one of the most complex issues.

The technology that recognizes the sentiment of Slovak language can today effectively handle large amounts of text and monitor how sentiment develops over time, compare the sentiment of various conversations, and generate practical analysis. Further development should bring even more. For example, marketers could compare their own campaigns to industry benchmarks and obtain an additional tool to evaluate the success of their marketing campaigns (not only on social media). Moreover, a connection to CRM tools will allow them to prioritize and capture negative customer reactions even sooner.

How can sentiment analysis in texts help marketing managers?