Dimplomats, MPs, and Roma came together on the field to play football and create new ties. 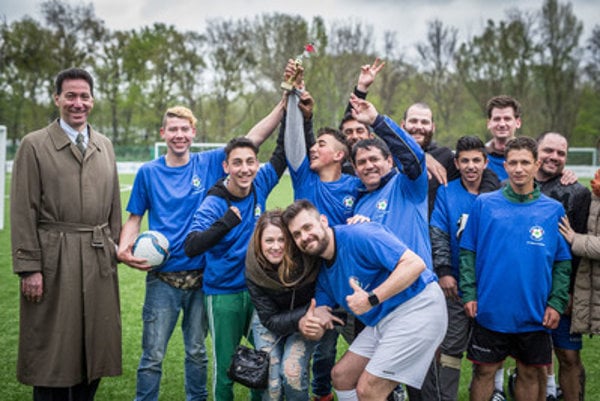 Football brings people together, we are all equal on the pitch, US Ambassador to Slovakia, Adam Sterling, said in reference to a football tournament which took place in Bratislava on April 7. The young Roma from eastern, central and western Slovakia played a match against foreign diplomats and MPs. Six teams, comprised of different groups from the Roma community, the government, the British and American embassies, took part in the event.

“I didn’t play; but I sent my son to represent,” Sterling told the TASR newswire. “We managed to set up two teams from the embassy… It was great fun and we’re happy that we managed to organise an event that brought people together and which was enjoyed by everyone,” he added. 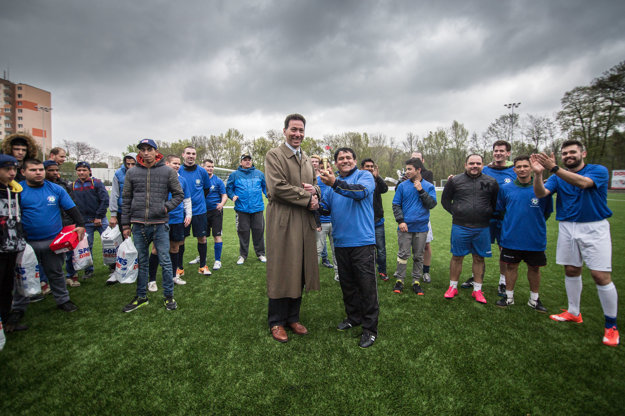 Centre-from left: US Ambassador Adam Sterling and Slovak musician Vladimír Sendrei during the trophy-awarding ceremony at the Roma vs. foreign diplomats tournament on April 7. (Source: SITA)

Football players of the team comprising of Roma Spirit-Sendreiovci group and Roma from the village of Plavecký Štvrtok (Záhorie area of the Bratislava Region) won the tournament. The US embassy ended up second.

Teams from eastern Slovakia also took part in the tournament. “We arrived with children aged between 15 and 18,” Marián Dudra of the non-profit organisation Človek v Ohrození (People in Peril) told TASR. “It was difficult for us to play against other teams, as they fielded mainly adult players, so we ended up last. But the important thing for us was to participate,” he said, adding that the boys were glad to visit the capital, to meet people from other organisations and make new friends.