After criticism from the interior minister, President Andrej Kiska made his first journey to his hometown of Poprad by car – but it turned out not to be as safe or cheap as the minister claimed. 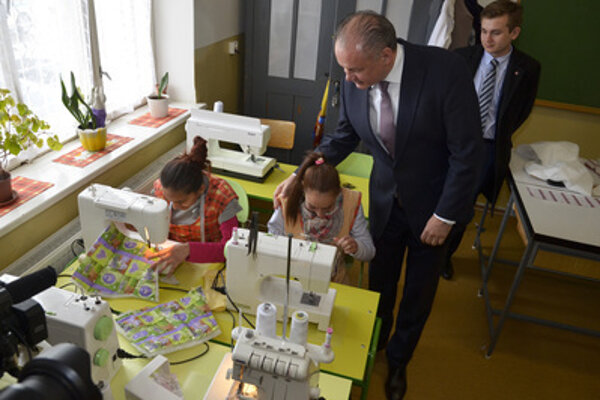 Interior Minister Robert Kaliňák criticised President Andrej Kiska for using the cabinet’s airplane for private flights to his family in Poprad. In his first drive since this dispute, on April 6, Kiska had two small incidents and was ultimately forced to change to another car which was part of the police escort, the Sme daily wrote.

Kiska’s vehicle experienced tyre trouble halfway through the journey, prompting an impromptu “pit stop” in Banská Bystrica. Eventually, the president had to switch to a back-up car in Ivachnová in northern Slovakia.

“I’ve made the trip from Bratislava to Poprad more than a thousand times,” Kiska said. “I’ve been through worse before though, such as when it was freezing and snowing, but the trip yesterday didn’t really go swimmingly, either. In addition to traffic jams, we experienced problems with the car. We tried to fix it, but then we switched to another one.”

“Cars break down. As president, I’m lucky enough to have a backup car ready that I can switch to so as to make sure that I arrive on time," he summed up, adding that one of the rear tyres was penetrated by a screw, causing it to slowly deflate.

The ruling Smer party, which now criticises Kiska for his flights in cabinet airplanes, used to be much more benevolent towards expensive car rentals, top public officials driving their own family members or even a trip by an empty car all the way form Bratislava to Lisbon. These incidents were highly publicised and caused scandals and discussions about the abuse of power, according to Sme.