Contract signed for construction of highway near Prešov

A very complicated stretch of highway finally gets a contract acceptable to all involved parties. 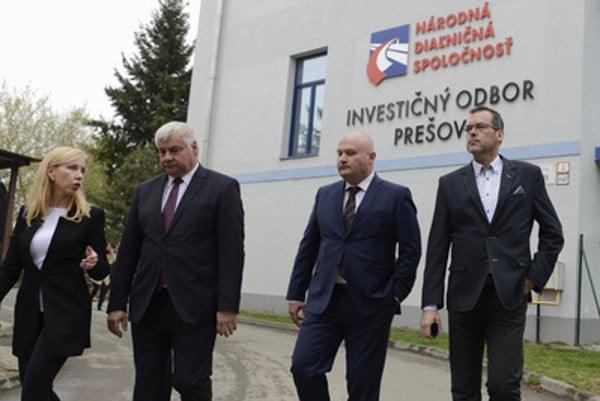 The consortium, comprised of the companies Eurovia SK, Eurovia CS, Doprastav, Metrostav and Metrostav Slovakia, will construct the almost eight-kilometre highway stretch for over €356 million, the TASR newswire wrote. It will begin construction work in June and should be finished by June 30, 2021.

Prešov will thus finally obtain a highway bypass that will divert transit transport away from the eastern-Slovak city.

Érsek said that mutual agreement was preceded by “tough negotiations”. The price has been revised downwards by €15.2 million when compared to the original bid. The minister considers it to be a fair contract.

”We’ve agreed on a price that is acceptable for me," he said, as cited by TASR. “Spring is coming, and thus construction work can start. I hope that the road will be constructed on time and will be of good quality ... This is our goal. I’ve never said that I don’t want to build. I do want to construct highways, but I want to build them with contracts acceptable for both parties,” said minister explained.

The Prešov bypass is an extraordinarily complicated construction project, with one third of the road set to pass over bridges and another third through tunnels. It also includes two large motorway intersections.

The construction consortium will achieve the agreed savings by reducing its own profits and making changes to technical measures, Eurovia CEO Robert Sinaly said, adding that he can guarantee that this will not be at the expense of quality.

The project will be co-financed from the EU’s Cohesion Fund within the Integrated Infrastructure Operational Programme. The financing is still subject to negotiations.

Prešov’s northern bypass, which is currently in its preparation stage, was also an issue touched by the transport minister. A construction permit has been issued for the first stretch. The ministry still needs to obtain the results of up-to-date traffic density measurements. Based on these, it will decide on the width of the bypass along with how to complete the R4 dual carriageway, said Érsek.