Famous Slovak visual artist – graphic artist, illustrator, even designer of banknotes – Albín Brunovský (1935-1997) reveals his rich imagination and playful fantasies not just in his works, but also in their fanciful names. 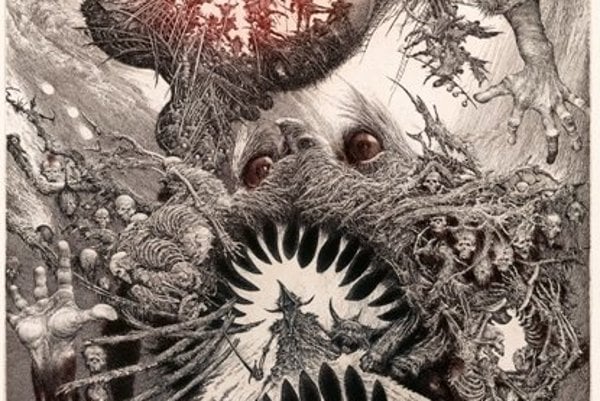 The current exhibition in downtown Bratislava is not a retrospective one but it can offer some insights.

Called ‚The Garden of Dreams‘, it shows a selection of Brunovský's works from various periods of his career, reflecting the development in his perceptions.

Brunovský left a deep imprint in the history of Slovak visual art, curator Ľubomír Podušel said at the opening of the exhibition, adding that this simple sentence sums up everything connected with his artistic legacy and his impact on national visual art.

He was one of the three stars of the constellation of Slovak graphic art – Koloman Sokol, Vincent Hložník and Brunovský – which has not just formed this genre on a national level but also managed to bring it to the world.

Albín Brunovský: Susanna and the Elders (Source: Courtesy of Nedbalka)

Brunovský was influenced by Czech romantic and post-romantic artists in his early work and also his lecturer at the Academy of Fine Arts in Bratislava, Vincent Hložník – whom he later came to cooperate with as his assistant and then colleague. Also the poetry of the then-young poets of the Trnava Group, so-called „constructivists“, proved to be influential on his creativity and his future career. He illustrated their books and made covers for them and gradually, he managed to raise the position of an illustrator to one where the illustrations are perceived not as an accompanying feature of a book but as an independent part of it, Podušel said. In particular his collaboration with Ľubomír Feldek from this group became widely known as they created several volumes of fairy tales together that grew to iconic fame.

Dreaming imaginist rather than impressionist

Brunovský captured the visible world and moved its elements to a new world of his own, that of dreams and of fantasies. However, he was not a surrealist in the widely known and accepted sense, in the curator‘s opinion. His promising career was interrupted at the end of the 1960s, after a trip to Italy, when the Soviet invasion crushed all hopes for progressive communism, and forced many artists to seek seclusion and lonely work with a slim chance to exhibit. After neo-surrealism, this artist became one of the most prominent representatives of imaginative art in the then-Czechoslovakia. Apart from his work at the academy, his illustrations and graphic artworks were positively appraised – even during communism – as he received the titles Merited Artist, in 1980, and National Artist, in 1985. 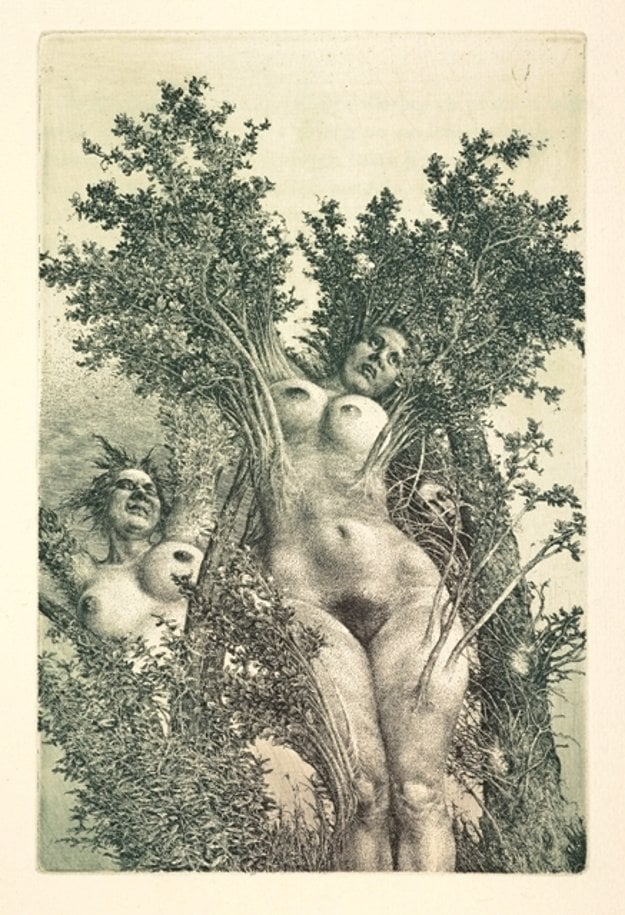 Since the early 1960s, he was interested in etching (first on zinc, later on copper plates), as well as in lithography, but he also painted his famous works on wood. The motifs of his works range from mythology, history and legends, through fanciful scenes and compositions, often oscillating around the wider theme of theatrum mundi, the world stage that comprises all possible conflicting opposites in human lives and in the world more generally.

Apart from his typical inspiration, Brunovský was also renowned for his very precise technologies and artworks full of details. His mastery was validated when he was invited, in the 1990s, to design a series of banknotes for the new Slovak state.

The exhibition in the Nedbalka gallery in the historical centre of the Slovak capital, lasting until June 25, presents 65 graphic artworks and paintings spanning over three decades. It is also accompanied by a bilingual, Slovak and English catalogue of 150 pages, giving an overview of his life and work.