Three areas on which the initiative focuses are transparency and predictability of the legislative process, corruption, and transparent, effective judiciary. 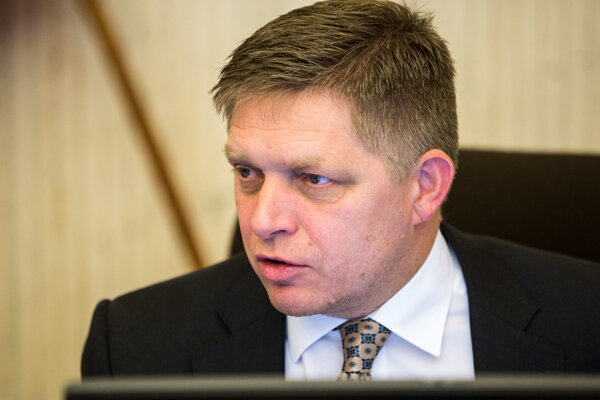 The government will seek to stay away from adopting any indirect amendments while cutting down on national legislation that complicates the absorption of EU funding and exceeds the EU's requirements. At the same time the cabinet is ready to amend recently enacted legislation on letterbox businesses, heeding practical experience with its application so far. This was agreed between Prime Minister Robert Fico (Smer) and the representatives of businesses, employers and chambers of commerce belonging to the Rule of Law initiative when they met at a working lunch on April 6. .

Also present were Justice Minister Lucia Žitňanská (Most-Híd) and other senior state representatives. The officials met to take stock of an action plan that the previous Fico-led government adopted in 2015, taking its cue from the initiative. Fico stated that 12 out of 13 tasks laid out in the action plan have been fulfilled. The future collaboration between the government and the initiative was also discussed.

Fico and the representatives of the Rule of Law intiative agreed on their next meeting, at which they will assess to what extent the latest promises have been met. The government will also inform about progress made in revising laws on public procurement, the Commercial Code and letterbox companies.

"We can state that the dialogue with the Government is lively indeed," said Gabriel Galgóci of the American Chamber of Commerce (AmCham) for TASR.

The initiative's representatives also voiced their reservations about the action plan and provided ideas to add to it.

Galgóci stressed three issues that are the most important for the initiative: deals in three areas – the transparency and predictability of the legislative process, corruption, and a transparent and effective judiciary.

Fico also urged employers to boost their engagement in the legislative process further, including when it comes to the pieces of legislation discussed at the meeting.

"We need to realise that practical experience provides perspectives that may make us examine the law again," said Fico, TASR informed. As regards corruption, Fico welcomed the initiative's interest in ensuring that planned legislation on the protection of whistleblowers also boosts the protection of businesses in reporting such conduct.