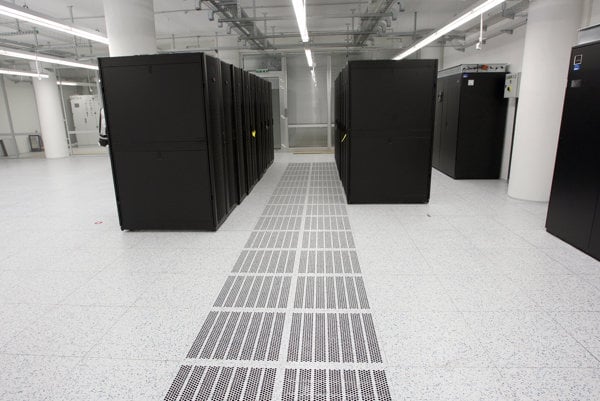 IT has become more available and suitable for a variety of companies. Though the market still allows space for IT dynamics and company resources together with suppliers’ goods; the original idea of long-term external management changes to the business model with the principle of managed services, according to Martin Kubíček, client solutions executive at IBM.

“It gives space for IT managers to optimise resources for operation and projects without forcing their workers to pass to the providers,” Kubíček told The Slovak Spectator.

While the global market of external IT providers shows trends of acceleration, the Slovak one lags behind with a majority of outsourcing at local branches of foreign companies that implement the decisions coming from abroad.

Slovakia already hosts a growing number of shared IT business service centres, though with a low level of importance placed on them by local companies. The main reason for the gap is the different maturity of the markets, according to Tomáš Turkovič, head of outsourcing at Soitron IT service provider.

While in Slovakia the topic of IT outsourcing only recently became prominent, in the United Kingdom companies now do not need explanations to outsource IT services as the benefits are clear and the tendency to outsource is high, explained Turkovič.

“One of the main factors in favour of suppliers in Slovakia is still price; quality comes second,” Turkovič told The Slovak Spectator.

Slovak state institutions must often meet the requirements set by law and incline to private infrastructure. Commercial companies with foreign ownership often consider public clouds, said Kubíček. The difference is much less noticeable in other parts of the EU.

“Even public institutions better exploit the options of the EU legislation and work with resources across the borders,” Kubíček said.

Experts predict the highest growth rate in Slovakia in services such as Infrastructure as a Service (IaaS) and data centre services. On the other hand, the decline may be in desktop device and service desk outsourcing, according to Lukáš Erben, vendor executive manager of KPC-Group, which is a representative of Gartner advisory company for the Czech Republic, Slovakia and Romania.

“Outside of ‘pure’ IT outsourcing, business and technology consulting will grow, while product support will decrease,” Erben said.

“In addition to hardware and software, this includes IT specialists who manage the environment,” Turkovič said.

The global market looks forward to the growth of spending for IT outsourcing at a compound annual growth rate (CAGR) of 5.9 percent in constant currency through 2021. Erben listed the main pullers such as digital workplace, data and analytics, risk, security and cybersecurity projects, cloud, automation and as-a-service offerings.

The year 2017 brings growth in intelligent automation services and stagnation in financial and blockchain technologies. The cannibalisation of traditional services will continue to be replaced by smaller projects and the commercial and industrial sector will see more bundled work with managed services as a result, said Erben. On the other hand, automation, robotics, smart machines on end-user spending have little impact on the current situation.

Preference for own management

Until recently, a typical Slovak customer appeared to be a conservative with the need to have IT technologies, standard licences and own data in-house rather than managed by an external provider due to fear of abuse of data, Jozef Klein, CEO of Asseco Central Europe, explained for the Trend weekly.

In comparison with the past, IBM now sees that both Slovak and global markets are more equal in regard to banking, energy, telecommunications and strong production companies. Several IT delivery centres in Slovakia already allow people to circulate among providers and customers.

“However, we have to see the transition to outsourcing as a long-term strategic matter with the horizon around five years or more,” Kubíček said.

Today’s more sophisticated technologies allow easier and less time-consuming administration of large systems without reduction of demands on staff, according to Rastislav Koutenský, CIO of IT firm Datalan.

Kubíček mentioned that new cloud as-a-service technologies, Platform, Software, Infrastructure and Anything as a Service included, and their combinations with hybrid solutions increase the possibility of use of external resources in dynamic environments. In the past, long-term contracts bound the flexibility essential for the IT market, he said.

Analysts do not anticipate more than 10-percent reductions in prices in the years 2018 and 2019. By 2020, business model innovation will become the primary driver for 60 percent of services enabling digital business, Erben said. The digital opportunity should reach more than $200 billion, or 15 percent of CAGR.

In terms of technologies, IBM expects future development of as-a-service, cloud and hybrid solutions, strong influence of mobile technologies, expansion of analytical systems and improvement of national and EU legislation affecting IT.

In addition, the global trends turn to centralisation of suppliers of IT outsourcing services, infrastructure and application solutions included, said Turkovič.

“Customers already now prefer one supplier that can cover a broad scope of services,” Turkovič said.