A car was crushed at the construction site of the longest D1 highway tunnel. 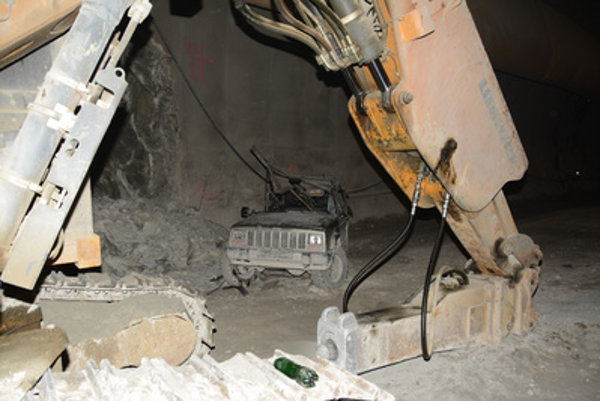 The 7,520 metres long Višňové tunnel, near the city of Žilina, now under construction as part of the Lietavská Lúčka – Dubná Skala stretch of D1 highway, was the site of a fatal accident on April 10, a fact later confirmed by the spokesperson of the Falck Záchranná rescue company, Vladimír Vanko.

Early that evening, the driver of an excavator was turning the machine and crushed two people in a passenger car: the driver of the car was not injured but the passenger, a geodesist aged 25, suffered serious chest injuries and died despite resuscitation attempts, the Sme daily wrote.

The accident took place about three kilometres after the tunnel entry.

On April 11, Transport Minister Árpád Érsek visited the site of the accident and also the mourning area in the office of the late employee, while expressing condolences to the bereft, the SITA newswire wrote.