The region of the Slovak capital improves its position, but a closer look at the statistics paints a different picture. 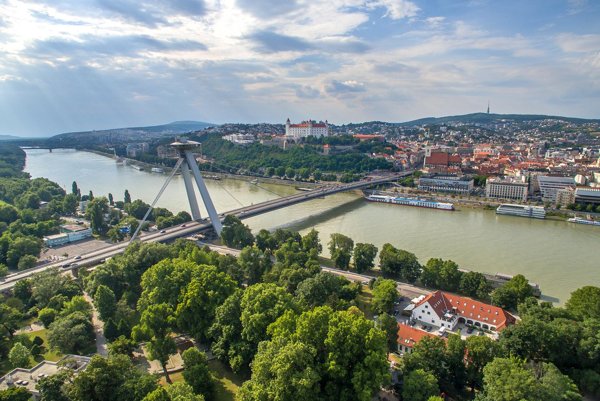 The Bratislava region repeatedly places high among EU statistics of the richest regions. It has even improved its position. While Bratislava was the sixth richest region of the EU in 2014, it ended fifth based on the Eurostat statistics for 2015. But analysts warn that when interpreting such positive results, indicators on which the ranking is based should be taken into consideration and the whole picture should be considered.

Moreover, regional politicians point out that due to this distorted picture painted by the statistics, Bratislava has limited access to EU funds as their allocation is also based on the economic performance of the region.

Based on a report published in late March by Eurostat, the statistics office of the European Union, the region of Bratislava placed fifth overall with 188 percent of the EU average when regional GDP per capita, expressed in terms of purchasing power standards for 2015, was taken into consideration. This is an improvement of 2 percentage points compared with the previous year. The Bratislava Region also surpassed the region of Prague, which placed sixth with 178 percent. Even Vienna registered a lower figure, 155 percent.

Inner London - West in the UK placed first with 580 percent, followed by the Grand Duchy of Luxembourg (264 percent) and Brussels, Belgium (205 percent).

Yet analysts warn to take caution when reading the statistics. Katarína Muchová, an analyst with Slovenská Sporiteľňa bank points out that the regional GDP per capita indicator does not take into consideration how many people actually dwell in a given region and how many commute to work in the region.

This is also the case of Bratislava when often people from different regions commute here. Others have already moved to Bratislava, but neglect to change their permanent residence.

“The volume of workers commuting to Bratislava is so significant that if it were taken into consideration, it would have a significant influence on this comparison with other regions of Slovakia as well as regions outside Slovakia,” said Vladimír Vaňo, head of CEE research at Sberbank Europe, as cited by the Sme daily.

Also the operations of international companies may distort the statistics. While they operate throughout the country and thus also in other regions, since they have their headquarters in Bratislava, their results are reported in that region. In both cases the regions may record higher GDP per capita. This is the case of Bratislava and other large cities in Europe.

“It is also necessary to say that GDP per capita speaks about economic production but not about income per household in the given region or the country,” said Muchová.

Branches of foreign companies may ‘distort’ the statistics as well. Economist Vladimír Baláž from the Institute for Forecasting of the Slovak Academy of Sciences indicates that most of the profit they earn here does not remain in Slovakia as they export it outside of Slovakia, for example, also to tax havens. He estimates that people receive only about one third of what is generated in a given region in the form of salaries.

“Since Slovakia accessed the European Union [in 2004] the GDP per capita increased in all of Slovakia’s regions, but not evenly as regional disparities have not only remained but have even widened,” Muchová of Slovenská Sporiteľňa wrote in her memo.

Bratislava Region’s Governor Pavol Frešo keeps pointing out that due to the distorted statistics metropolitan regions are discriminated against when drawing EU funds. The wealth of regions is one of the indicators based on which regions can apply for EU money and under what conditions they can draw the funds.

“Metropolitan regions are today punished for being successful and cannot draw EU funds,” said Frešo in early March as cited by the website www.netky.sk. “On the other hand, they suffer from problems which less developed regions even do not know, for example, suburbanisation, collapsing transport or endangered environment. And these are exactly the problems, the solutions for which the EU funds should be used.”

“Bratislava does not have the standard of living of Vienna and its vicinity, not to mention Berlin or Munich,” said Frešo in November as cited by the TASR newswire.

“We are trying to put right the error that Eurostat repeatedly does not solve, at least for the next programming period after 2020, so that we can draw EU funds and put statistics with reality in one accord,” said Frešo.