The re-enactment of the Biblical story of the sentencing and crucifixion of Jesus Christ has become a tradition in the eastern Slovak city of Prešov. This time, it will be broadcast live on the internet. 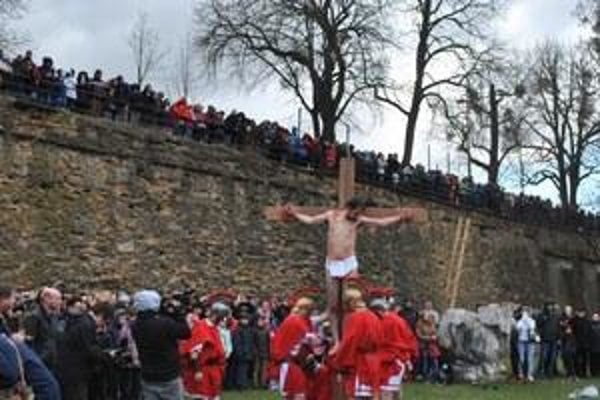 Beginning on Good Friday, April 15, at 10:00 on the pedestrian zone in front of the city office, the Way of the Cross will start, showing in an authentic way the sentencing of Jesus and his ordeal carrying the cross.

Each year, hundreds of believers watch this spectacle. A novelty has been add this year: live internet broadcast, spokesperson of the city office, Milan Grejták, told the SITA newswire.

This tradition started nine years ago, in Nižná Šebastová, then a city borough, as initiated by the then-administrator of the parish, Peter Gombita. Since then, it has been re-enacted each year on Good Friday, exactly at the time when Jesus Christ was sentenced, brought to the Calvary and crucified. It has become very popular over the course of the years. 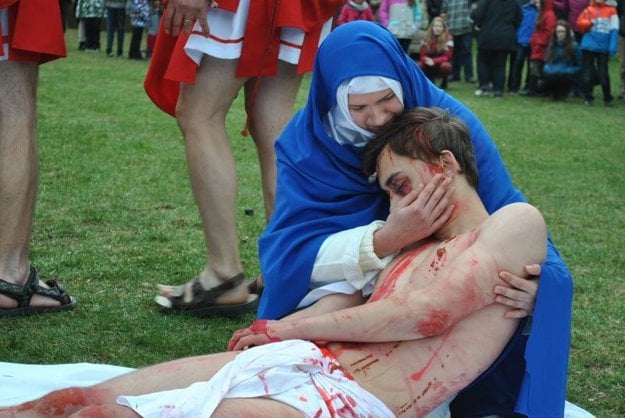 Live Way of the Cross in Prešov (Source: Mária Pihuličová)

The emotional staging of the traditional Biblical story has been prepared by the city of Prešov, with amateur actors from the Nižná Šebastová parish and volunteers of the Oáza - Nádej pre Nový Život (Oasis – Hope for New Life) non-profit organisation. It will show the 14 stations of the Way of the Cross. It will start with Pontius Pilate’s trial, then process through the connecting road between the co-cathedral of St. Nicholas and the south park to the Main Street. From there, it will proceed through Svätoplukova Street to end in the Garden of Arts where the crucifixion, taking down from the cross, and laying Jesus’ body in the grave will take place.

A live broadcast will be available at https://livestream.com/filmasro/krizova. 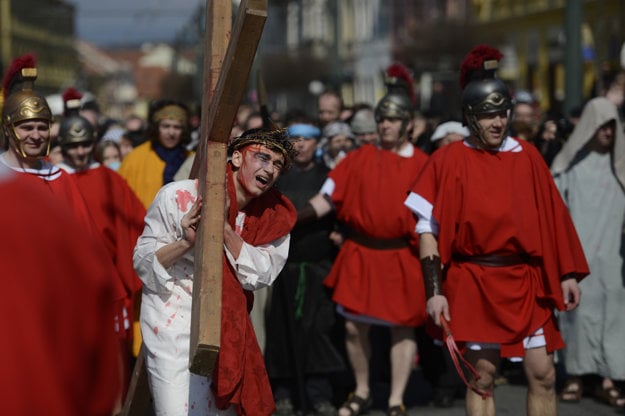 Live Way of the Cross in Prešov (Source: TASR)