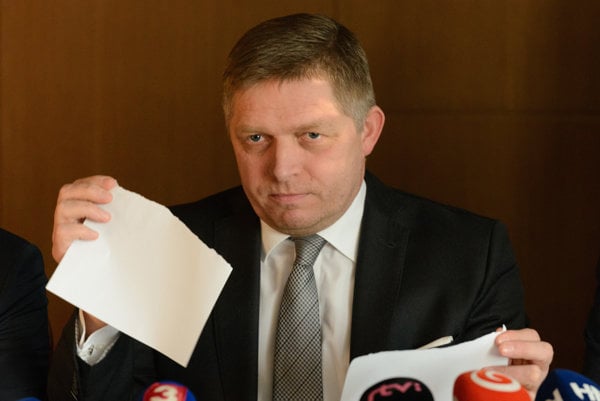 Following the uproar over electricity price hikes at the beginning of the year that led to the resignation of the head of the energy regulator, the government has proposed a new law to give ministers the power to appoint his successor. Critics are warning that the regulator is being politicized; the economy minister has acknowledged that the need for what he calls ‘political responsibility’ is a consideration.

The European Commission has welcomed one aspect of the new law, to separate the roles of head of the Regulatory Office for Network Industries (ÚRSO), the regulator, and chairman of its regulatory council. But it has warned that involving the government in regulatory decisions could break EU rules.

The former head of ÚRSO, Jozef Holjenčík, resigned in early February after being publicly slapped down by Prime Minister Robert Fico for approving increases in electricity tariffs. The regulator is currently being led by its vice-chairman, Miroslav Čelinský.

The Economy Ministry has set up a commission to choose the new head of ÚRSO, which will involve representatives of employers’ associations and the Association of Slovak Towns and Villages (ZMOS).

When Economy Minister Peter Žiga was asked if he already has some names in mind, he replied: “Not yet. I’m waiting for proposals.”

It is expected that the new head will be chosen only after the new law on regulation is adopted. The cabinet adopted the law on March 29 and parliament passed it to a second reading on April 7. The original plan was to adopt it via a fast-track proceeding during the parliamentary session ending on April 7, but it will now be considered during the May session in order to allow more time for debate, Žiga said. The revised law should come into effect on June 1, 2017. 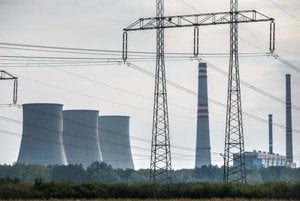 MPs have already voted down a draft revision to the law submitted by Karol Galek and Jana Kiššová, deputies for the opposition party Freedom and Solidarity (SaS). Their amendment aimed to change the position of ÚRSO as a whole, to ensure greater transparency in the regulation of utility prices, and to separate the positions of chief of the regulator and the head of the regulatory council, among others.

Lívia Vašáková, economic advisor to EC Representation in Slovakia, reacted positively to the proposed separation of these roles.

“Separation of the position of the ÚRSO chairman from the regulatory council is something what the EC has been addressing with the Economy Ministry for a long period of time,” said Vašáková, during a discussion organised by the economic think-tank INESS in late March, as quoted by the www.energia.sk energy news website. 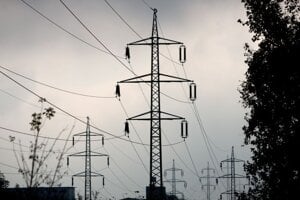 However, she warned that the proposed participation of the Economy Ministry in power and gas price regulation proceedings may be in conflict with EU rules, adding that the European Commission would be able to make a final decision only once Slovakia adopts the new law.

The new legislation would strengthen the government’s influence on ÚRSO by allowing the Economy Ministry to regain its right to comment on pricing decisions for heat, natural gas and electricity; the Environment Ministry would gain a similar role in water pricing. Moreover, the new ÚRSO head would be appointed directly by the government. Currently, the president appoints the chief regulator, as well as the head of the regulatory council; he would retain the latter power.

“ÚRSO will remain an independent authority,” Economy Minister Peter Žiga (Smer) said, as quoted by the SITA newswire. But he defended the move to increase the cabinet’s role, saying “Practice has shown that the government bears the greatest political responsibility for ÚRSO’s decisions, thus it is logical that it will be responsible for his appointment.”

He also defended the return of powers to the ministries.

He asserted that the involvement of the ministries would not violate European directives. However, the government was required, as recently as 2012, when adopting the EU’s third energy liberalisation package, to change the law to reduce the role of ministries in regulation.

ÚRSO will also have to prepare impact studies whenever it decides to change its price regulation. It will have to compare the proposed change with the current state, and evaluate its impact on customers.

Moreover, the ÚRSO head will have two deputies instead of the current one. Under the new rules, one of them will also have to sign new price decisions, or they will not be valid. But experts and opposition politicians believe that this will only increase the dependence of the office on the cabinet.

While experts, stakeholders in the energy sector and several politicians have long called for the separation of the roles of ÚRSO chief and chair of the regulatory council, they oppose the other changes, which they say will render the independence of the office merely formal.

Businesses have already commented on the draft law to demand, among other things, publication of the parameters on which the calculation of regulated prices and fees is based.

The Federation of Employers’ Associations (AZZZ) opposes appointment of the chief regulator by the cabinet, while the majority of energy companies and ÚRSO itself are against the reinsertion of ministries into the process of utility price-setting. The energy companies perceive this as a potential conflict of interest, as the Economy Ministry owns stakes in some of the companies it will end up regulating.

ÚRSO claims that if the ministries were to become participants in price proceedings, this would violate European rules. It is also afraid of losing its independence.

“The impartiality and independence of the office must be real, not only formally presented in the law,” ÚRSO wrote in its comments on the draft revision during interdepartmental review.

Political analyst Grigorij Mesežnikov says the independent position of the regulator would be weakened if its head is appointed by the cabinet.

“In this way, the regulator will be drawn into creation of a state pricing policy in the sector of utilities,” said Mesežnikov. “The regulator would turn into a government agency if its head is subordinated to the prime minister. The person who appoints the regulator’s head, in this case Robert Fico, will expect him to be loyal.”

Mesežnikov believes that Fico sees the regulator only as a body to help him fulfil his social policy, and that its independence is already only formal.

“Robert Fico likes to present himself by popular measures, especially when he can show to the general public by what steps he has achieved these popular measures,” said Mesežnikov. “The goals of his interventions were to promote his strong social feeling and care for people.”