New stamp has a pelican motif. 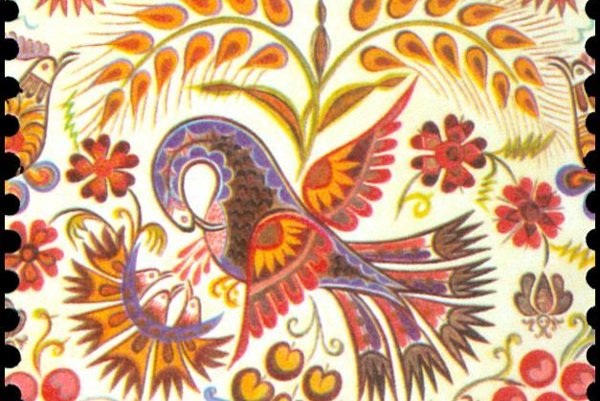 A folk painting from the Vajnory church of Our Lady of Sorrows has become the motif of the new postal stamp. On the painting is a pelican, Christological symbol as the pelican was once thought to piece its own breast to feed young with its blood.

The postal stamp is called “Easter: Folk Painting Vajnory” and its value is 0.50€. Its proportions are 26.5 x 33.9 millimetres and it was printed by the offset technique in Poštovní tiskárna cenin, Prague.

Along with the postal stamp, the post office released an envelope with an FDC (first-day cover). Also released was a rubber stamp with the date, March 24th, 2017, and name of Bratislava. The motif of the FDC envelope is also the folk painting from Vajnory, in larger context, and the FDC stamp depicts a pelican over a nest of chicks, similar to the church painting. The FDC envelope and rubber stamp were printed by offset technique by Kasico printer.

The author of the postal stamp, FDC envelope and rubber stamp is Marianna Žálec Varcholová. 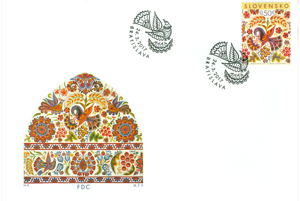 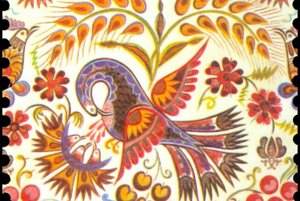