Announcements about finding old ammunition are quite common in Slovakia during spring work in fields. 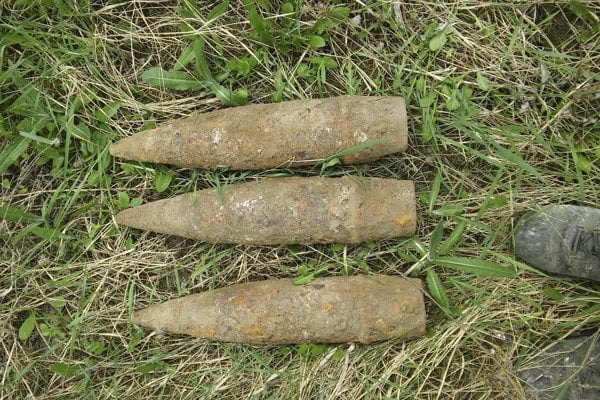 Police received a report on Friday, April 14, about a metal object resembling military ammunition that was found by inhabitants of Bratislava during a spring cleanup at Ostravská Street in the Old Town borough. Lucia Mihlaiková, spokesperson for the Bratislava Regional Police Corps Directorate informed the TASR news wire.

“A police patrol was despatched to the site, confirmed the veracity of the report and secured the object,” said Mihlaiková. “A member of the explosives disposal unit confirmed that it was a hand grenade with a disabled safety mechanism dating back to WW2.”

The grenade was subsequently secured for liquidation.

Announcements about finding old ammunition are quite common in Slovakia during spring work on fields, especially at places where battles took place during WWII. Even after more than 70 years, such items may be functional, i.e. they may explode.

“Manipulation of such munitions is dangerous,” said Renáta Čuháková, spokesperson for the Nitra Regional Police Corps Directorate, as cited by sme.sk.

When people find such munitions during work in a garden, in a field or during a walk in the forests, they should neither touch nor move them but call the police immediately. First a police patrol will come and secure the place and then a pyrotechnist will secure its liquidation.