Employers call for a formula with pre-set indicators for calculating an annual increase of the minimum wage. 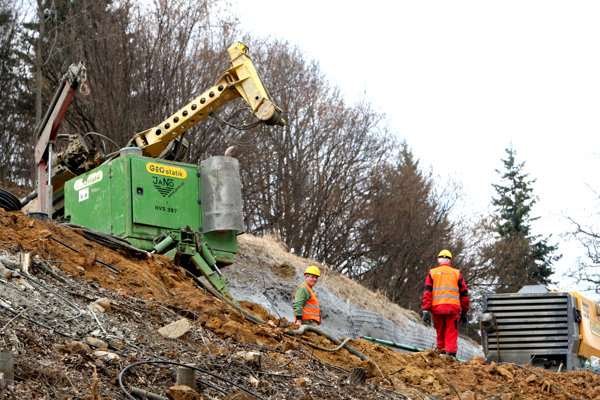 Trade unions would like to see the minimum monthly wage increased by €57 to €492 in 2018. This would mean an increase of 13.1 percent from the current €435. Positive macroeconomic developments, as well as the economic condition of both the public and private sectors, speak in favour of minimum wage growth of this magnitude, argue trade unions.

“Even politicians are not hiding that economic indicators in Slovakia are good,” said Jozef Kollár, president of the Confederation of Trade Unions (KOZ) as cited by the TASR newswire.

KOZ announced their recommendation on April 13, adding that after levies and taxes are deducted, the increase would be only €36.

While the Labour, Social Affairs and Family Ministry supports the hike, it says that the rise must be agreed with social partners. Employers warn that such a high increase would make it difficult for low-earners to find jobs and they have called for a scheme to calculate the hike in the minimum wage.

Around 210,000 people currently receive the minimum wage or a sum similar to it in Slovakia, i.e. they earn about €450 per month, according to KOZ.

The Labour, Social Affairs and the Family Ministry is pushing for as high and appropriate a rise in the minimum wage as possible each year.

“First of all, however, a rise in the minimum wage must be agreed on by the social partners, and the law-prescribed deadline for doing so is July 15,” explained Veronika Husárová, spokesperson of the Labour Ministry. Social partners include trade unions, the government and employers. In case they fail to agree on the rise, as has happened during the last few years, it is the government that decides by the end of July.

In response to KOZ’s initiative, the Federation of Employers’ Associations (AZZZ) suggested a different tack. Given that the annual talks between the social partners fail to produce an agreement on the minimum wage, said AZZZ, a formula should be put in place whereby the minimum wage increase would be based on pre-set indicators. This would make it possible for employers to predict the costs related to this several years in advance, said AZZZ spokesperson Miriam Špániková.